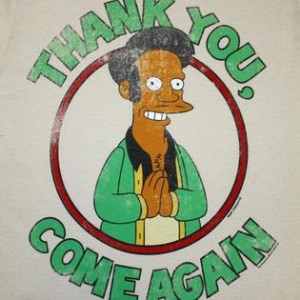 India’s automotive industry, right alongside the country’s steel sector, is suffering a crisis. A downturn in the domestic economy and the falling value of the Indian rupee versus the US dollar have all compounded its misery.

Recently, the representative body of Indian auto sector, the Society of Indian Automobile Manufacturers (SIAM), had forecast a second consecutive year of lower car sales, underlining the seriousness of the crisis. Not only that, a senior minister in the Indian government even went public to say the sector urgently needed government impetus to help it get over the current crisis.

As reported by the Wall Street Journal, SIAM was forced to reduce its estimate of 3-5 percent sales growth given in April for the year ending March 31. The association did not release the revised figures, though.

At one public function earlier this week, India Heavy Industries Minister Praful Patel had given voice to the government’s concern by acknowledging there was a need to provide a stimulus package for the country’s automotive industry, though he did not elaborate on facts – such as the amount of stimulus needed.

In addition to the weakening of the rupee, there was one more factor that had started affecting India’s auto sector quite seriously – high fuel prices, again because of the rupee. Almost every week, news of a fresh hike in petrol and diesel retail prices have added to the auto sector’s misery.

So while India’s economy grew at a miserly 4.4 percent between April and June 2013, its weakest since the first quarter of 2009, prices of diesel and gasoline have climbed 10.2 percent each since January 2013.

India is the sixth-largest car manufacturer in the world, and one of the biggest customers of steel. The Indian steel industry, on the other hand, faces a double whammy – slowdown in auto sales means less consumption of steel, and the increasing reliance of auto companies on other, lighter materials like alloys and even plastic.

The economic downturn has started taking its toll even on foreign direct investment in steel. A report in Live Mint said Japanese conglomerate Mitsui and Co. Ltd’s plans to set up a US $1 billion integrated steel complex in Gujarat in partnership with Indian company Ruchi Group had been put on hold. The project was seen as Mitsui’s big-ticket investment in the world’s third-largest market for steel.