US Fed, CFTC to Make Goldman Sachs Give Up Physical Commodities? 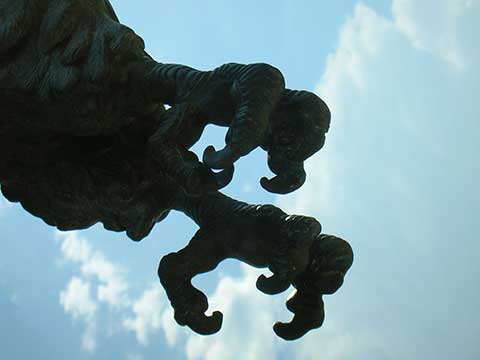 Banker-bashing, it seems, is still very much in political vogue.

Not that we would be defenders of ex-merchant banks’ activities in the metals markets – we have no reservations in holding our position that the build-up of massive LME aluminum inventory in the stock and finance trade has distorted the market to the detriment of consumers everywhere. However, it’s also true that the banks are not solely to blame, even though they have been major players – that much is clear.

But we will come back to that shortly. In the meantime, what have our lawmakers been up to as of late?

Well, according to Reuters, officials from the U.S. Federal Reserve and the Commodity Futures Trading Commission (CFTC) are expected to testify on Oct. 8 (the first day of MetalMiner’s commodity price risk conference!) before a Senate Banking Committee panel led by Senator Sherrod Brown, a vocal critic of large banks.

It is the second such hearing by the committee, and although it is unlikely (indeed, unable) to herald any big policy announcements, it will allow critics to heap pressure on the banks, on the Fed and help to form public and political opinion for regulatory action.

The main (although not the only) banks in question are JPMorgan, Goldman Sachs and Morgan Stanley, all of which were merchant or investment banks prior to the financial crisis, but migrated to commercial bank status to benefit from government protection.

You can change the legal status it seems relatively easily; it’s much harder to change the culture, as the banks in question continued to seek out profitable activities in much the same fashion as they had before they changed status.

All banks have been able to take possession of the physical raw materials that underpin derivative markets, such as cargoes of gasoline, ingots of aluminum and the infrastructure to store and transport those commodities, but in July the Fed signaled that it is reviewing the wisdom of that decade-old permission, and the above trio in particular were taking the latitude in making such plays to an unprecedented level compared to traditional commercial banks.

It’s also unlikely those banks would liquidate their positions. Why?