Don't Be Wowed By Alcoa Inc. on Aluminum Production Cuts 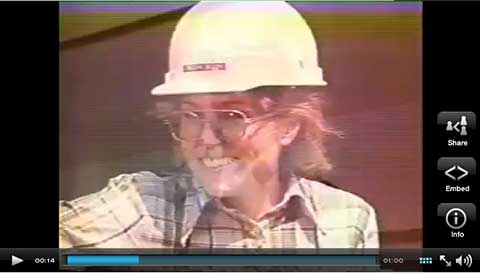 Times were great for Alcoa in 1977 (above); maybe not so great now?

Aluminum production is rising in Africa, China, the Arabian Gulf, Eastern and Central Europe and (this surprised us a little) North America, but it is falling in Oceania, South America, Western Europe and Asia (ex-China), according to FastMarkets. We continue our Aluminum Outlook 2014 from Part One here.

While on the subject of closing production, don’t be too wowed by statements from market leaders like Alcoa Inc. (NYSE: AA) talking about how much capacity they have closed – they may have closed plants in Europe and North America, but they have opened new plants in the Middle East.

FastMarkets notes that despite announcements of non-Chinese production cuts of 760,000 tons this year, more capacity is being added.

How Overcapacity Is Killing Aluminum Prices

Uncertainty in supply overshoot is exacerbated by the situation in China where new capacity is being added to an industry already operating way below capacity. Despite the efforts of the central government, aluminum smelting capacity in China in 2013 is estimated to be around 96,775 tons per day, according to the Fastmarkets report, while production is running at just 66,500 tons per day, an average of 69%.

Yet while some older east coast smelters in China have been closed, new plants are being added even faster. In 2014, an extra 3.86 million tons per year is scheduled to come on-stream on top of nearly 2 million tons being added this year.

Unlike copper, there is no way Chinese demand is going to come riding to the rescue of the aluminum industry: domestic production capacity far outstrips domestic consumption in spite of solid growth, and indeed, rising semis exports pose a threat to Western downstream processors as a creeping tide of Chinese flat-rolled and extruded products gradually becomes an established part of the Western supply chain.

Our Aluminum Outlook 2014 concludes tomorrow – how the stock and finance model affects our price forecast.