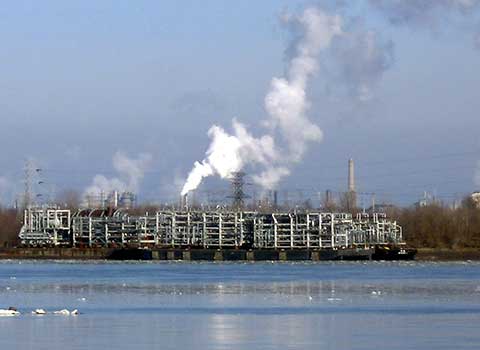 Should a country like South Africa really be producing an energy-intensive product like aluminum when the country’s power supply is so constrained?

BHP Billiton (LON:BHP) is importing bauxite from the firm’s Australian mines, taking advantage of the cheap power afforded by Eskom’s consumers’ subsidized supply, and then mostly re-exporting the finished ingot.

Various government spokesmen have defended the deal, saying local aluminum consumers rely on the domestic smelters for supply and that the country benefits hugely from BHP’s export revenues, but how true is that?

Primary metal or slabs could be imported for rolling by South Africa’s downstream processors. Firms like Hulamin make world-class rolled and extruded products, but with the removal of import duties on primary metal, they could likely operate just as effectively and as profitably using imported raw material.

BHP’s smelters consume some 5-6% of South Africa’s total generation of electricity, according to a 2011 presentation to the South African National Energy Association. That presentation suggests the cozy relationship goes back to before the formation of even Gencor, let alone BHP, and extends to several other major industrial users, including Vedanta’s (formerly Anglo American’s) Skorpion Zinc.

Talking about the opaque pricing agreements – the exact details of which are still not made public – the report says the price of electricity supplied in these special deals would not be determined by Eskom on a transparent, cost-reflective basis, but through a secret formula based on a number of fluctuating variables that are independent of the cost of electricity generation in South Africa, such as the aluminum commodity price on the London Metals Exchange, the US dollar/SA rand exchange rate, and the US PPI inflation rate.

As a result, Eskom (and, by extension, the South African power supply market) is exposed to huge risk while the industrial consumers involved are all but insulated from uncompetitive energy prices. Corporate risk of the few was, and continues to be, subsidized by the wholesale and retail market of the country.

Not surprisingly, even more questions are being asked as to whether this is tenable; whether the country wouldn’t be better off pulling the plug on Bayside, Hillside and Mozal, BHP’s three smelters.

The power is desperately needed by a generator operating with minimal reserves; the result of which have been blackouts, reduced supply and the need for Eskom to buy back capacity from major users. Rising power costs are undoubtedly hurting the rest of South Africa’s resource industry, both mining and refining.

How long is this tenable? The answer is probably how long Eskom’s long-suffering customers are prepared to put up with it, but you can be sure it doesn’t sound like a great use of limited generating capacity to them.