Why You Should Watch Ukraine’s Steel, Manganese Exports

According to Reuters, Ukraine is the world’s fifth-largest steel exporter, exporting 24 million tons of steel mill products in 2013 – some 28% of the country’s entire exports.

But primary steel’s not the only commodity at risk due to the political turmoil with Russia. We gave you the latest context in Part One.

Some regional analysts have been expecting exports of coal, billet, scrap and pig iron to the Mediterranean to surge as the currency slumps. Indeed, in the short term that may well be the case, but if outright civil war results from Kyiv’s attempts to put a stop to any further separatist moves, industry will be rapidly closed down.

Days were lost in December due to unrest in the region and workers are not going to risk getting caught in the crossfire for their daily pay packet.

Grain and agricultural exports are less likely to be impacted. Ukraine’s vast and rich agricultural resources are distributed more in the center and west of the country, with transport provided either by rail or down the main arterial rivers – the Danube, Dnieper and Pripyat rivers.

The Dnieper is a regulated system of reservoirs separated by dams with ship locks and, as the map below shows, forms a natural line of partition between the more pro-Russian east and more pro-European west – a partition that some fear is Moscow’s ultimate aim. 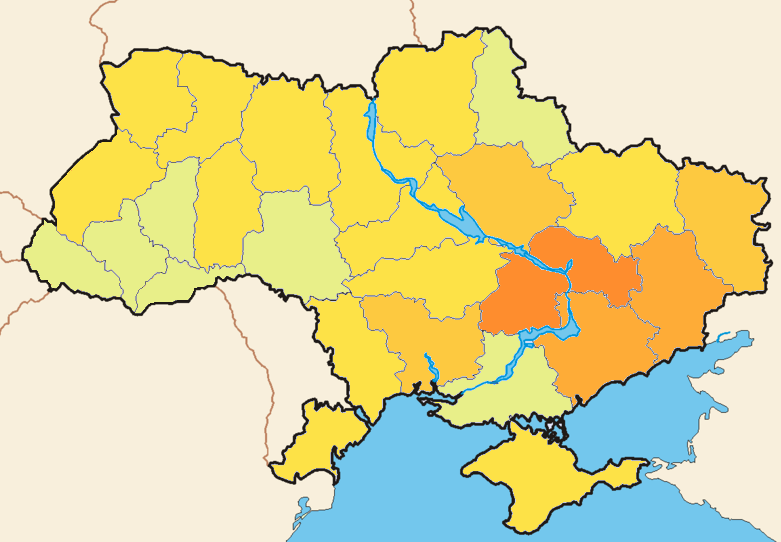 The threat of a disruption to metal supply is more a worry for Europe and the Middle East than the rest of the world, but the volume of Ukraine’s manganese exports are sufficiently large that a significant loss of supply would impact prices.

So far, the country’s troubles have not upset metals prices anywhere near as much as one may have anticipated – but the next stage could be another story.

PREVIOUS POST:
Rebar Dumping: Harder to Prove Than it is For a Senator to Allege
NEXT POST:
Free Webinar to Address Surging US Midwest Aluminum Premiums