GOALLLLL! Handicapping The World Cup of Metals (Steel is Winning)

We’ve been watching a lot of FIFA World Cup Soccer (football to Stuart Burns) this week at the MetalMiner offices. Since the industries we cover are all global in nature with nations as varied as India (Tata Steel, JSW) China (Baoshan Iron & Steel), Russia (Norilsk Nickel, UC Rusal) Luxembourg (ArcelorMittal), British-Australian (Rio Tinto) and the US (AK Steel, Alcoa, ATI), we wondered what a World Cup of International Commodity-Traded Metals would look like.

Which countries/companies would even qualify? Where would a great smelt-off and metals bazaar even be held? What would the rules be? Would it be strictly production-based or would sales factor in? Who would referee such an event? Could an international body such as FIFA oversee a fair competition between so many competing interests? We answer these and many other questions in MetalMiner‘s World Cup of Commodities-Traded Metals. 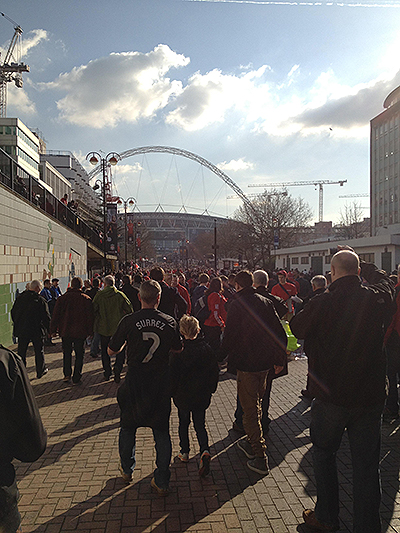 Son: Wow, Dad, look at all that structural steel.
Father: Someday, son this will all be yours.
S: What, the curtains?
F: No, not the curtains, all that you bloody see!

Before we get started, let’s recognize MetalMiner Lead Forecasting Analyst Raul De Frutos, whose Spain side didn’t make it out of round one in the FIFA World Cup. Sorry, buddy, but more soccer for the rest of us!

True or False: Isn’t the World Cup already all about metals such as structural steel, copper and stainless?

True. Stadium construction is such a big part of what FIFA does that the World Cup is already an international competition for construction metals such as steel, aluminum, stainless steel and copper and for who can put them together to make a stadium, train station or other project fast enough.

Brazil’s government projected that $13.3 billion was spent on stadiums, airport renovations and other projects for this World Cup and the 2016 Olympics, with an estimated $3.5 billion on venues. That’s a lot of structural steel, copper and, sure, a lot of bribes, too. For steelmakers and copper and aluminum companies, getting architects to specify their materials in World Cup stadiums is the real competition and no one performed better in Brazil than the structural steel manufacturers. 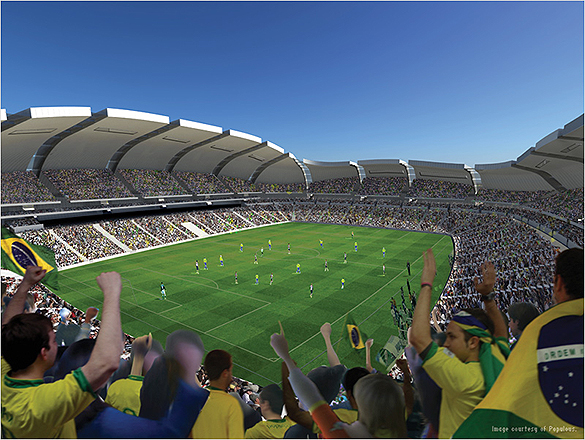 Architects Populous and Architect/Engineer Buro Happold used Autodesk Revit Structural and Autodesk Robot Analysis to design an architecturally unique roof for Arena das Dunas, located in the northeastern city of Natal, the stadium where the US defeated Ghana on Monday. Using this type of BIM workflow allows easier sourcing of steel members and better procurement, in general, for these mega-projects.

Who officiates the World Cup of Metals?

Nobody. This is the problem with FIFA and why events like the World Cup and the Olympics get more expensive every time they grant a city the “right” to spend billions of dollars to hold a sporting event. Nobody’s watching the purse strings. Price gouging and downright bribery happen every four years. FIFA might move the 2022 World Cup it granted to Qatar due to rampant bribery, terribly hot conditions and the fact that FIFA ignored its own terrorism report when evaluating bids to be the host city. What’s not to love about that?

While the world of metals has departments of commerce and international trade issuing yellow and red cards for antidumping violations, unfair competition and market manipulation, the violations that occur to supply an event as big as the World Cup often get lost in the mad rush to build, build, build the same way that an elusive forward can sneak behind a slow backline.

FIFA, itself, is largely to blame, but bidder nations can do their part by submitting real cost projections, refusing to offer bribes and safeguarding their nations and host committees’ money as if it was their own through proper procurement that utilizes cost comparisons. Using 3D design can particularly lead to more accurate determinations of construction quantities, which leads to a better chance at cost certainty.

This should come as no big shock but steel took home the Cup in Brazil. ArcelorMittal Brazil supplied more than half of all the steel used for the infrastructure works related to the World Cup, with steel being used in a variety of buildings from stadiums, to train stations to giant aquariums. Due principally to its strength, versatility and aesthetical advantages, steel was used in all of the twelve sports stadiums hosting the games, whether in the main structure or in supporting roofing and facades. Gerdau and Valourec also performed well in the metals World Cup, taking home the steel industry’s versions of the Golden Boot and Golden Ball by providing specialty steel for roof structures and seamless stainless steel tubes for renovations, respectively.

PREVIOUS POST:
Enter the Dragon II: ArcelorMittal Gets a Foothold in Chinese Automotive Steel
NEXT POST:
Copper Up, But Hedge Funds and Money Managers Now Betting Against It