I’ve written about several projects that benefited from 3D Building Information Modeling and Integrated Project Delivery (IPD) but rare is the construction project that truly has an apples-to-apples comparison of traditional vs. integrated delivery. How do you calculate money you did not spend or time you did not lose?

The MD Anderson Cancer Center in Gilbert, Ariz., however, is one such case. HKS Architects began design on the three-story, 414,000-square-foot, $53.2-million cancer treatment facility shortly after winning the project in early 2012. The Center provides additional space for state-of-the-art comprehensive cancer care including equipment such as linear particle accelerators. It was seen as an important addition to Banner Gateway Medical Center’s Campus and was fast-tracked because of medical need and Banner Health‘s resulting desire to quickly get the addition open. 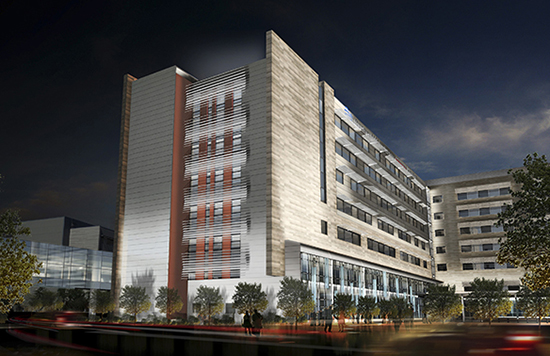 While the first phase of the project, a roughly 90,000 square feet addition to the existing building, used a very traditional project delivery method with general contractor DPR Construction and specialty sub-contractors brought in later in the design process, the second phase, a 324,000-square foot inpatient tower, used IPD. The first phase used Adobe Acrobat for the sharing of construction documents, linking and a “digital drawing set” experience. Adoption among field personnel and the office team was slow and due to individual team members using different data-sharing methods, collaboration was hampered.

The second phase saw DPR and their subcontractors in the room during design working in a purely digital process that used the PDF-based Bluebeam Revu collaboration platform to visualize and share project information and the Autodesk Revit BIM platform for a building design that was optimized for constructability. Instead of DPR using Box for cloud image and document storage, Banner using Microsoft Sharepoint and HKS using Dropbox, everyone was standardized on Box for phase two.

The MD Anderson Cancer Center project team was now truly integrated, eliminating errors and construction issues early on, before they became field conditions, so comparing its work to that of phase one before IPD was attempted, is truly an apples-to-apples design and construction comparison. On phase two, physical construction documents were only created for permitting. The fabrication model was completely done by the design development phase. This allowed pricing, value-engineering and construction material quantity take-off to be done by that early stage as well. Traditional construction procurement would have pushed those tasks into the construction phase.

“Structural steel and mechanical ductwork were two of our biggest cost savings between phase one and phase two,” said Steve Eiss, senior project manager for Banner Health. “We understood exactly what our building was doing, thanks to this process. Twenty percent of structural engineering ‘fluff’ was gone between phase one and phase two. We saved $5 a square foot in steel ($500,000 total). HVAC was a similar issue. We knew exactly how many bends there would be in our ductwork. We didn’t have to add staff or work 60 to 80 hours apiece discovering how to install the ducts onsite.” 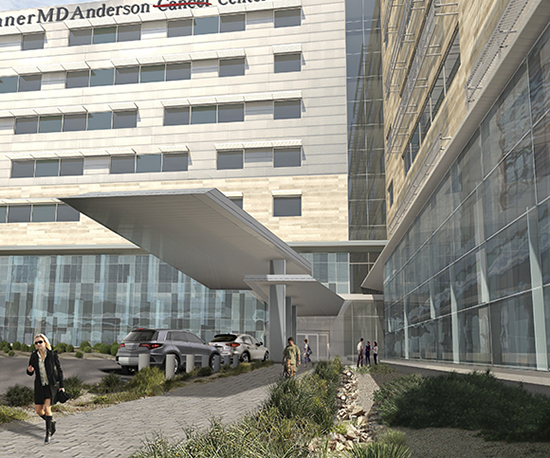 An often overlooked savings came from cutting out the use of paper. A $150,000 printing bill in phase one was reduced to an $18,000 printing bill in phase two. Banner carried the printing cost and wanted to use large monitors, tablets, phones and other digital devices to cut it down. A unique opportunity presented itself, Eiss said, when a Town of Gilbert superintendent came to the site to inspect construction drawings.

Seeing all of the monitors he asked why DPR was using them. Eiss said personnel in the trailer explained that they don’t print construction documents for anything but permitting. After a few talks with executives from DPR, HKS and Banner, Gilbert became the first city in Arizona to allow fully electronic plan review. All submittals and payments were made electronically from that point on.

“It gave them an economic development platform to show how they were innovative and business-friendly,” Eiss said. “We were glad to submit our documents that way and cut down on even more printing costs.”