Coeur Mining is the largest US-based primary silver producer and a growing producer of gold, with mines from Alaska to Bolivia. When it came time to replace the 100+year-old London silver fix over the last year, Coeur Mining was actively involved in the industry conversation. The London Bullion Market Association took the lead on the consultation process that would eventually replace the silver fix.

“Since the LBMA mainly includes banks and some refiners, we felt strongly that we needed to be as vocal as possible, as a producer and miner, to make sure our needs were met,” said Courtney Lynn, treasurer of Coeur, who personally participated in the discussions that led the LBMA to pick CME Group’s online trading platform and governance from Thomson-Reuters to make up the new LBMA Silver Price.

“I would say that the LBMA really welcomed our feedback and dialogue,” Lynn said in a recent interview with MetalMiner. “We participated in a seminar back in June where different potential administrators presented proposals for their replacements and I regularly spoke with the LBMA and had calls with the LME, CME and other companies that made proposals. We were vocal in what we wanted and they were receptive and interested in our feedback.” 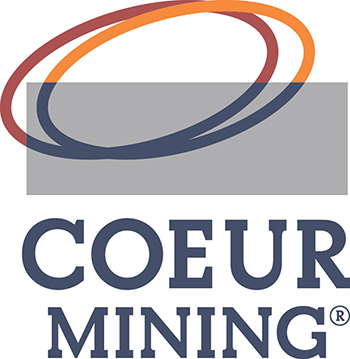 How is Coeur using the benchmark now?

Before the fix’s retirement, Coeur, like most producers, used the London Silver Fix price in an administrative capacity. Coeur used it as a benchmark  in its contracts just as the rest of the industry used it in thousands of contracts. Coeur is now using the CME Group/Thomson Reuters solution, which has now been trademarked the LBMA Silver Price. As the only benchmark that uses a spot silver price (the COMEX benchmark is a futures price) it has replaced the silver fix price in all outstanding contracts, royalty and smelting agreements. Lynn said that the LBMA price transition has been smooth and it has not created an additional administrative burden.

“It would have been a lot more challenging if, come August 15, there weren’t enough direct participants or, for some other reason, the LBMA silver price did not work, we would have been in a situation where we were scrambling to agree with a dozen different counterparties what benchmark to use to calculate payments,” Lynn said. “Even though I knew based on conversations we had had, I was still holding my breath.”

The new LBMA price was running in parallel with the old, telephone-derived silver fix for more than a week before the August 15th end of the fix. Technologically, Lynn said, the platform had been tested, checked and double-checked. The real issue, she said, was the short transition from one day to the next and having senior executives and decision-makers at the banks not being available the day and week of the launch.

“It’s a team of people. You have several people that have to sign off, there’s compliance, legal, senior management and, this being August, it was a time when a lot of people were away,” Lynn explained. “That caused some challenges. Some (technology issues) did come up. Not IT, but connections, firewalls and changes to different banking systems that allowed them to participate online was a greater challenge than a lot of people anticipated.

“There was a real fear that you would not have three banks bidding at once and it did come down to the wire, but there were three banks that day and I think there are going to be more that sign up in the coming weeks as people return from vacation and see how smoothly things are running,” she continued. “There were two goals in this process, greater transparency – which the electronic system has accomplished – and to broaden participation. The second goal has not been met yet, and I say yet, because I think it’s coming, it’s just going to take time.”