by Taras Berezowsky on September 9, 2014

Well, looks like Lynas Corp. has been granted a full license for its Lynas Advanced Material Plant (LAMP) operating in Kuantan, Malaysia, amidst much civilian protest – but that actually seems moot in light of recent news.

MetalMiner’s monthly Rare Earths MMI® registered a value of 27 in September, the second straight month of the lowest-ever reading for this index. Which means mainly one thing – that there must still be a load of over-supplied material out there, especially cerium and lanthanum, and buyers know it. (It’s no surprise that this month, cerium oxide and lanthanum oxide were the two Biggest Losers within the MMI – see below.) Not only that, but substitutes for REEs have penetrated the markets in the wake of the 2010 price bubble, which won’t really help support RE prices.

Interestingly, we found an infographic via The Visual Capitalist that partially explains why, from a fundamental supply/demand perspective, rare earth prices could actually remain depressed for, um, the rest of time as we know it: 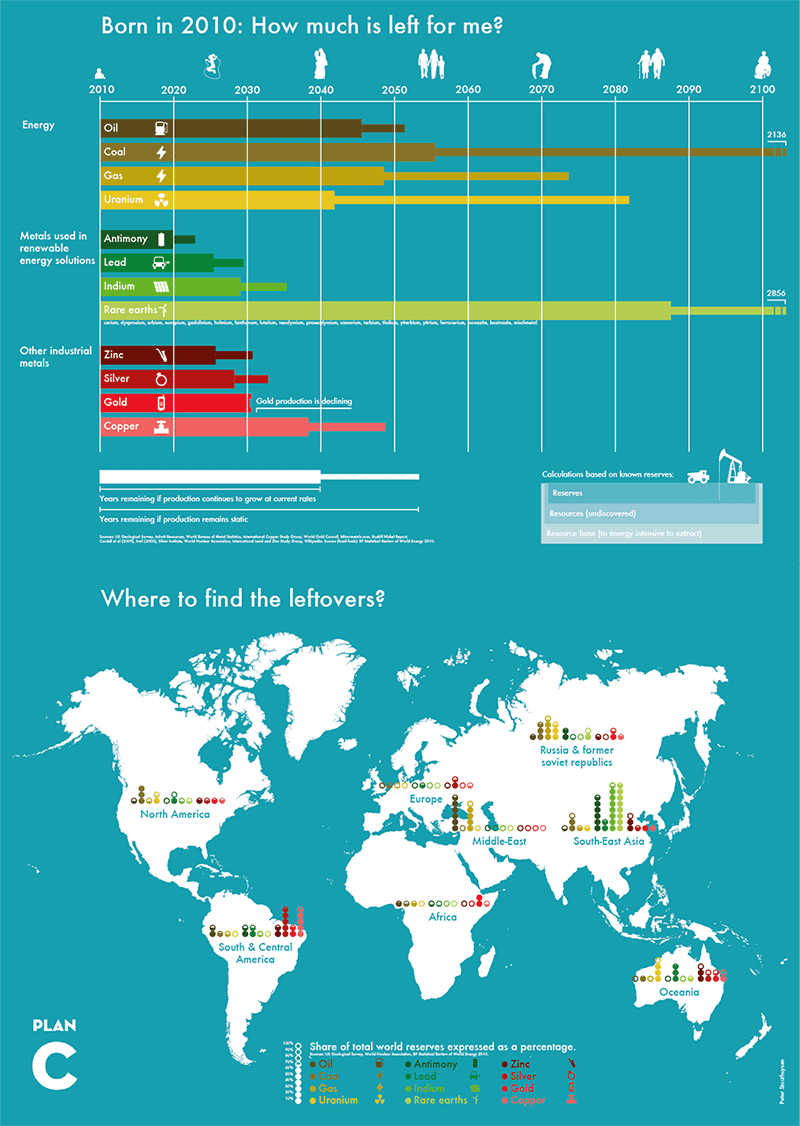 Seems as though rare earths can last us a pretty long, long time: according to the analysis performed for the purposes of the infographic, using myriad sources and calculated based on reserves, undiscovered resources and existing resource base, if rare earths production were to remain static, REEs would satisfy the world until the year 2856! If production continues at current rates, they’d last until about 2075 – still blowing the staying power of other resource commodities out of the water by a large margin.

That means that if you were born in 2010, you’d still be able to use your rare-earths driven iPhone 639 or whatnot at the senior citizens home at which you’d be whiling away your days.

The truth is, as we’ve been reporting for years, that although China has a “grip” on the rare earths market, there are huge stockpiles of the stuff out there, and more to the point, ways to get around China’s export quotas, etc. Production increases by the likes of Lynas Corp. or Molycorp may help buyers avoid the Chinese supply chain entirely – but if the basic economics of the market are looking increasingly unsound for Western producers to make money, with their products further saturating world supply, will it matter?

Just goes to show once again that industrial metal markets are truly global.

Following a 3.3 percent change in price, praseodymium neodymium oxide closed the month at $51,287 per metric ton. Dysprosium oxide rose 0.7 percent to $237.71 per kilogram.