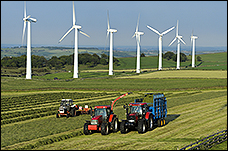 According to estimates, the amount of steel scrap being produced within India itself was about 10 million tons annually. It is difficult to put an exact figure since much of the business in scrap metal was being carried out by firms in the unorganized sector.

Local steel scrap is being sourced from the automobile, construction and ship-demolition sectors. Steel from scrap requires 74% less energy to produce than steel from iron ore and coal. Recycled steel also helps cut down on carbon-dioxide emissions by 58% against the normal steel manufacturing process.

Another report said the 100 % recyclable nature of steel scrap is what makes it unique and desirable for the growing steel industry. Steel is, in fact, the most recycled material in the world with scrap accounting for 40% of the global steel production. About 55-60% of India’s crude steel production of about 82 million tons was produced in this manner.

According to a recent report by the BIR World Recycling Association, Indian mills bought significantly more scrap in early June this year, again much of it to do with the shortfall in domestic iron ore.

So driven is the present demand for steel scrap in India that apprehension is now being expressed that if the buying trend continues, the scrap prices will be almost the same as finished steel prices soon.

Metal recycling can be pictured as a pyramid in which the small companies at the bottom supply scrap to the large multinationals at the top. Some of the products that are made of recycled steel include construction materials for roads, railways, and buildings, electrical appliances, and automobiles, among others.

In fact, late last year, the introduction of a new trade barrier on ferrous and non-ferrous scrap metal by the Indian government sparked protests among US exporters and Indian importers.

The industry’s problems are compounded by the rising import of scrap steel, which is considered an alternative raw material to pellets and lumpy ore since many induction furnaces and foundries are using imported steel scrap instead of sponge iron.