Week-in-Review: The Other Platinum Shortage… the Platinum Album Shortage

Help us, Taylor Swift. You’re our only hope. 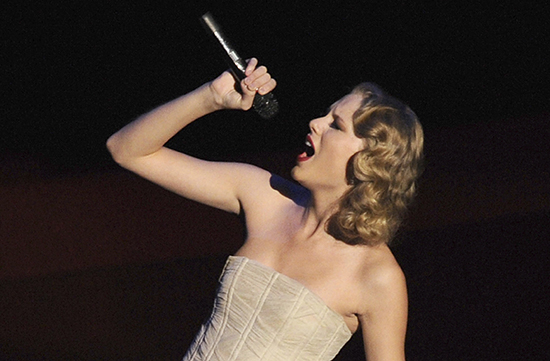 If anyone can sell a million records to keep the platinum streak alive, it’s Taylor Swift.

Earlier this year we here at MetalMiner wondered if then-soaring palladium would become the new sales standard in the recording industry as its price had leaped ahead of precious metal cousin, platinum. Sell a million albums? Bully for you! Here’s a fancy platinum record from the Recording Industry Association of America. Put it on your wall and brag about it to friends. If you get in a pinch, you can even sell it for the market value of platinum!

Little did we know, that even if oft-overlooked palladium did somehow eclipse platinum in stature there would still be no palladium records, anyway. Because nobody has sold a million records this year. None. Zilch. Zip. Zero. Well, there was 1 album that sold 1 million certified units, the soundtrack to “Frozen,” but its songs were by various artists and everyone involved couldn’t split it up and hang a piece on their respective walls. Plus that would look tacky and wouldn’t add much to your game room or basement studio.

If nobody gets past a million units by December 31, Death and Taxes assures us that this will be the first year since platinum certification was introduced by the RIAA in 1976 that no musician has hit that mark in a given year. The platinum designation was invented to replace gold as the top RIAA certification back in the ’70s when just about everybody from Elvis to the Stones was  blowing past a then-piddly 500,000 albums (the number of certified sales required for gold) by selling 12 and 13-times-gold albums. My how times have changed. We knew things were bad in the recording industry but we didn’t know they were copper records bad.

I’m glad Sinatra isn’t alive to see this dark day. The albums closest to the mark, so far, are Beyonce’s self-titled album and Lorde’s “Pure Heroine,” but neither one has crossed 800,000 copies nor are they likely to reach the magical 1 million units until next year. This will keep the RIAA’s procurement professionals from ordering a few more hunks of platinum ready to be fashioned into suitable for wall-mounting records until at least 2015. Okay, the records aren’t ACTUAL gold and platinum, they’re usually CDs painted to look gold or silver for “platinum” and, no, you can’t actually play them since they’re CDs these days.

When they used to be vinyl records Bob Shane, the leader singer for the Kingston Trio, once played his gold record for “Tom Dooley” after it fell off the plaque. What came out was Dean Martin singing “Volare.”

Death and Taxes wisely points out that 60 individual songs have been certified as platinum this year, and this is a total reflection of the overall shift that the industry has made back to a singles-based focus since Apple revolutionized the music biz with the purchasable electronic single. Still, to those of us of a certain age, the album actually means something. None of us could imagine purchasing singles from Pink Floyd’s “Dark Side of the Moon,” nor could we imagine why someone would want to hear anything but the whole album as envisioned by its artists.

Yet, there is one last, best hope for a platinum record in 2014. One shining star who crosses genres seamlessly enough to garner a million sales in a single weekend while seemingly shaking off any ex-boyfriend: Taylor Swift.

All of Tay Tay’s 4 previous albums have gone several times platinum. Swift will release “1989,” on October 27, and the Foo Fighters’ “Sonic Highways” is slated for November. If anyone can open with more than a million units it’s Swift and while the Foos might have an outside chance of making the mark by December, too, they haven’t had a platinum album since 2005. No, all the RIAA’s eggs are in the Taylor Swift basket. Haters might hate, hate, hate, but she’s our last, best hope for continuing the long tradition of fake records and fake metallic paint displaying somewhat authentic sales success to the world in offices, game rooms and basements. Don’t let us down, Taylor. What would platinum be without platinum records?