In Putin’s Russia, Gold and Palladium Hoard You! 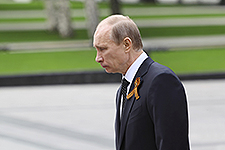 The Russian government and its leader, President Vladimir Putin, have taken time out of their busy schedules – filled with moving more tanks into Ukraine and transferring long-range bombers to the Gulf of Mexico – to stockpile a massive amount of gold. The World Gold Council report points out that Russia’s central bank, Gokhran, accounted for more than half of the gold purchased by central banks in the 3 months ending with September. 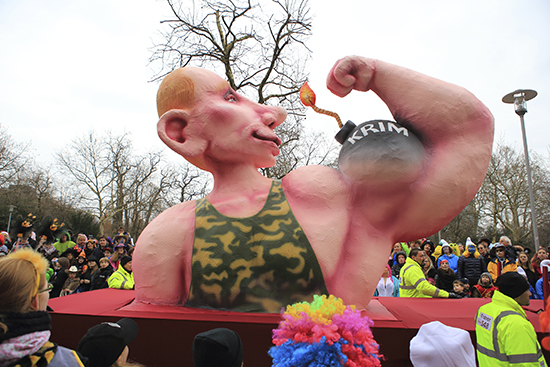 Can I interest in some of my hoarded gold?

The Russian precious metals and gems repository said it will likely start buying palladium in 2015, according to Interfax news agency, citing the head of Gokhran, Andrey Yurin. Gokhran is not a rival monster for Godzilla, but, rather, the State Precious Metals and Gems Repository under the Russian Ministry of Finance. It is responsible for the purchase, storage, sale and use of precious metals, precious stones, jewelry, rocks, and minerals by the State Fund.

Does this have something to do with Putin’s recent comments that he won’t “kowtow to the dollar dictatorship?” and will, instead, trade Russia’s oil in the rapidly falling ruble and China’s still-healthy yuan?

“We are leaving the dictatorship of the market where oil is priced in dollars and will increase the possibilities of using the ruble and the yuan,” Putin said in an interview with the state-owned Itar-Tass newswire recently, and he would know a thing or two about dictatorship.

For all of Putin’s tough talk, shirtless or fully clothed, this is all bluster. Russia’s central bank bought about 150 metric tons of gold this year, Governor Elvira Nabiullina told lawmakers recently. That’s almost double 2013 purchases of 77 tons, International Monetary Fund data show. There is precious little that tightly-sanctioned Russia can do to elevate the price of the sliding ruble. It’s down more than 30% against that same dominant dollar this year. Russia is buying gold for the same reason an individual investor would buy gold, as an investment to hedge against a falling currency.

Can hoarding work as economic policy, though? For a whole country? Especially one the size of the Russian Federation? Well, if you’re an executive in Putin’s inner circle and you’re in charge of a Russian metals giant such as OAO Norilsk Nickel, it can certainly work for you.

Norilsk, the world’s largest nickel and palladium producer, is in talks to buy palladium worth up to $2 billion from Gokhran, Norilsk’s chief executive and co-owner Vladimir Potanin said in September. Potanin is Russia’s eighth-richest man and so convinced the market will be in a supply deficit, that he would put his own money into palladium if the company rules there is no conflict of interest. For Gokhran it means more room for gold and other palladium acquisitions.

The volume of palladium in Gokhran’s reserves is a state secret, but it holds one of the world’s biggest gold and currency reserves of around $460 billion, Reuters reported. By doling some of this out to Norilsk, Putin could help Potanin, a loyal ally, and help himself by boosting Norilsk’s ability to turn a profit in what is sure to be a brutal Russian economic landscape in 2015. By acquiring more gold and platinum and selling it to his friends in Russian industry, Putin’s finance ministry can then artificially boost the bottom lines of other Russian industrial giants. Palladium, of course, will need to be in supply deficit as Potanin is predicting it will be.

The episode highlights the futility of sanctioning Russia as if it was any other nation. Putin and his Finance Ministry can use Gokhran to reward oligarchs or create new ones at will. Frozen assets? There’s $460 billion of gold, palladium, jewels and other hard currencies in the central bank. Once Russian billionaires have done their time in the nation’s state-owned industries they can always move west and buy the Brooklyn Nets, too.

What will the citizens say to such cozy deals? Russian state-run media has helped Putin retain an 80% approval rating despite a horrible economy and the ongoing tragedy in Ukraine.

The biggest winner from the sanctions against Russia may well be China which just came to terms with Putin on a second liquid natural gas pipeline, helping Putin to shift Russia’s economy eastward and avoid western isolation.

According to Reuters, the new gas deal will see Russia sell an additional 30 billion cubic meters of LNG to China for 30 years via deposits from West Siberia delivered through the Altai pipeline. This is on top of the agreement in May for Russian state-controlled firm Gazprom to supply 38 billion cubic meters a year to China using east Siberian gas deposits.

All of this is then on top of Russia and China’s deal to pay each other in their own currencies, as reported here by Russia’s state-owned Russia Today news agency. Putin made his inital “kowtow” remarks when referring to the dollar against the ruble and the yuan. Putin’s fight against the West continues. The only thing that’s changed is it’s now a currency fight.

PREVIOUS POST:
Copper Retaining Its Value in India
NEXT POST:
Indian Stainless Steel Production Down to 55% of Capacity