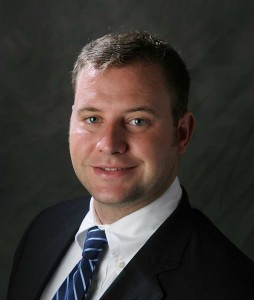 “NEAL before me!” Yoders exclaimed, his near-triumph palatable and ringing through the office this past week.

We’d like to take a moment to shine a spotlight on one of MetalMiner’s team members, who has brought to our coverage the wonder that is building information modeling (BIM), among other things, and its connections to metals procurement within the construction sector.

As editor at BD+C, Jeff and his team won this award in 2014, so he’s hoping they repeat – even though Jeff’s salad days at the industry mag are history.

“It feels great to be nominated,” Jeff told me. “We’re hoping to go two for two!”

In his contribution, he explored how 3D laser scanning is finally affordable and useable to general contractors, how designers can now model a building’s energy with accuracy without expensive software tools, how prefabrication is transforming construction, how cloud-based building data management is freeing architects and engineers from gigantic desktop-confined building models and how computer-aided manufacturing has merged with CAD to create better supply chains for construction projects.

“I wrote this last January and many of the technologies, such as Gilbane’s 3D laser scanning, are being used by their construction companies on all projects now,” Jeff wrote me in an email, presumably while proudly pumping his fist at his current desk at MetalMiner HQ.

“Now NEAL before me!” he concluded. (He actually didn’t; Jeff is a humble guy. But it would be funny if he did!)

Winners will be announced March 27. The construction world awaits.

PREVIOUS POST:
Russia Now Has The Least Expensive Mining Costs and Abundant Gold Reserves
NEXT POST:
We Don’t Forecast Metal Prices, We Do Something Way Better – Let Us Show You