The value of new construction starts climbed 9% in January to a seasonally adjusted annual rate of $621.0 billion, according to Dodge Data & Analytics.

The increase in total construction was the result of especially strong performance in infrastructure starts, which benefited from a massive liquefied natural gas terminal facility in Texas. Nonresidential construction actually lost momentum for the second month in a row and residential building pulled back due to a slower pace for multifamily housing. On an unadjusted basis, total construction starts in January were reported at $43.2 billion, up 18% from the same month a year ago. 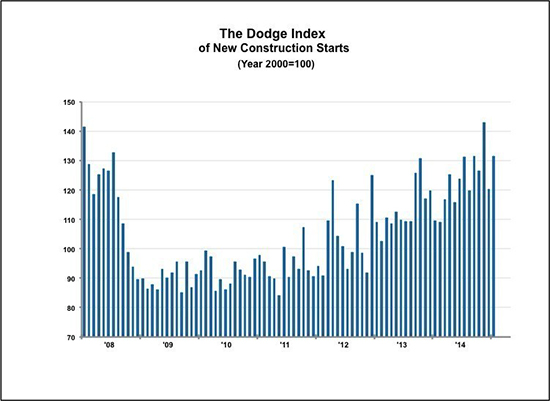