Steel-Insight: US HRC Slide Will Continue, But Likely Bottom-Out in April 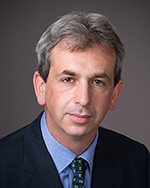 Current US prices for hot-rolled coil are around $470 per ton ex-works, although big buyers dealing with some mills can still pay $450 per ton.

Steel-Insight believes that this is close to the bottom, but we don’t expect a sharp turnaround anytime soon. So why is this a pricing trough?

First, those big discounted prices have been available for around three weeks and some big distributors and tube buyers have pulled the trigger at the $450 per ton level. That has helped push out mill lead times back to four weeks and lessened the need to discount heavily. We understand that integrated mills are now far more reluctant to discount below $470 per ton. There could be further discounting on cold-rolled coil front as the spread remains too high compared to cost. 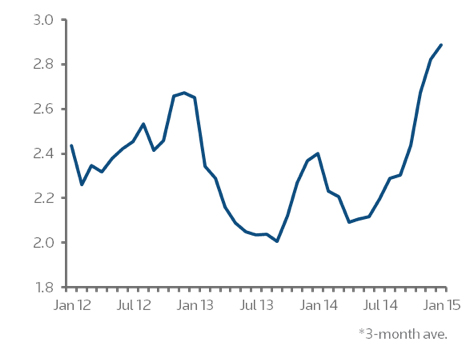 Second, shredded scrap prices look like they are stabilizing at around $250-260 per ton delivered to Midwest mills. That means mini-mills are not likely to discount below $450 per ton as they would lose money and they don’t need to take that business to fill their order books now. International scrap prices have bumped up a little, although they lack the overall momentum to rise much more, while scrap flows into yards slowed with the lower prices.

Finally, there has been a supply response. US utilization rates have dropped below 70% and ArcelorMittal idled a blast furnace at Indiana Harbor in mid-March for long-term maintenance. This also helps push out lead times as sales are shifted to other locations.

Imports continue to arrive, but March will likely be the peak. The import arbitrage (at least for HRC) began to disappear around December, meaning that imports will begin to fall in April and be significantly lower in June.

US mills will likely signal the bottom of the market by mid-April, when we expect them to push for an increase of probably $30-40 per ton. They may also begin anti-dumping procedures against Chinese CRC and galvanized coil at that time, which would be another boost (to sentiment at least).

We don’t think that they will get it initially as inventories continue to climb thanks to the increase in imports. There will still be around 12 weeks’ consumption – far longer than the 4 week lead times. Meanwhile, big distributors will be well-supplied thanks to their cheap orders and won’t need to buy. Nevertheless, the increase will push pricing slightly higher and the big distributors will be happy with that (as they base their price off the mill price rather than the price that they bought material for and pocket the difference).

We don’t expect any meaningful upward movement in prices until after the summer, by which time inventories should be worked through and mills will again seek to return to higher prices (and better margins).

Guest contributor James May is managing director of Steel-Insight.