Most of World Sees Oil Glut, Yet US Inventories Fall, Prices Rise

There is a real divergence developing in the oil market which makes predicting future price direction quite challenging. On one side of the Atlantic the market is awash with oil.

According to a Reuters report vessels are sitting off the west coast of Africa and in the North Sea holding millions of barrels of oil for which there are no buyers. 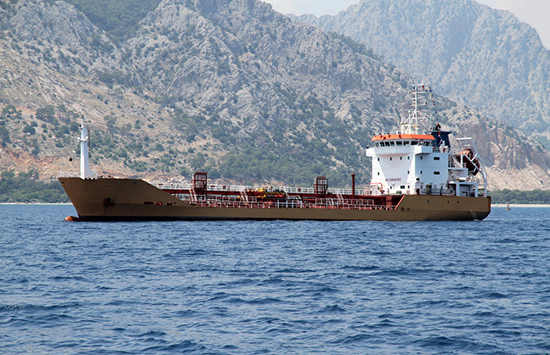 Worse, so many vessels are tied up essentially in this floating storage that VLCC (very large crude carrier) freight rates are rising because there aren’t enough vessels available to carry the cargo that is moving under longer-term contracts.

This has the effect of making new production more expensive to sell in the Far East and Europe, exacerbating the problem faced particularly by Nigerian producers. According to Reuters, there are around six million barrels of crude from Nigeria’s May program available – some already loaded onto vessels.

That joins more than 65 million barrels left in June and July for Nigeria alone. Meanwhile in the North Sea, only one VLCC booking has been made to Asia for June, leaving Europe to absorb almost the entire production of the UK Forties field. As mentioned above, the floating storage is putting a stranglehold on new booking rates. May freight rates on the key West Africa to Asia route are up more than 10% Reuters says, roughly 40 cents per barrel higher than April.

Not surprisingly, this has weighed heavily on prices. UK Forties traded at the lowest differential to dated Brent Crude since December 2008 this week, while Norwegian Ekofisk traded at a nine-year low, the paper said.

Prices Actually Going Up in the US

On the other side of the pond, prices are moving in the opposite direction. For the first time in six months, the US oil market is flirting with backwardation, where the spot price is higher than one- or three-month dated delivery – a sign of a tightening market and, potentially, a shortage.

According to another report, prompt-month July contract for U.S. West Texas Intermediate (WTI) crude was 27 cents lower than second-month August this week. That was the narrowest spread since Dec. 19 and compares to a month ago when it was at a $1.50 discount. Reuters reports that earlier this year, traders were racing to fill up tanks in Cushing, Okla., to cash in on a nearly risk-free storage trade when the 12-month contango reached around $12 a barrel. Now oil in a year’s time is only some $2 higher and rising spot prices could push into a discount or backwardation.

The fall in US inventories has taken many by surprise, in spite of expectations that a falling rig count would translate into lower output. The ever-inventive US oil industry is finding ways of achieving more with less. The Week reports Goldman Sachs as saying that US oil production will in fact grow by 155,000 barrels per day in the fourth quarter of 2015 compared with the same period in 2014 as cheap money and more efficient drilling technology allow tight oil producers to continue in spite of OPEC’s best efforts to close them down.

The differential between Brent and West Texas Intermediate is not sufficient to disadvantage US consumers who continue to enjoy the lowest gas prices of any advanced major economy, but they do underline the robust confidence of the US economy in spite of recent poor GDP data.

Free Download: Last Week for the May MMI Report