LME Warehouse Reforms Are a Step in the Right Direction

The London Metal Exchange is treading cautiously in making rule changes to the way its warehouse system works.

Part of the reason is to be found in that phrase, particularly “warehouse system.” Independent operators run the warehouses; they are licensed or approved by the LME but they are not owned by the exchange. In addition the warehouses are located in different continents, in multiple legal jurisdictions and changes permissible at one may be considered illegal in another.

To add further complication, the legal challenges to rule changes in the past have come from primary producers such as UC Rusal and end users such as MillerCoors and Coca-Cola. So, the LME moves cautiously. This week’s announcement of an industry-wide consultation is to review two proposed changes that the exchange hopes will both increase the decay of existing queues and prevent the build up of new ones. 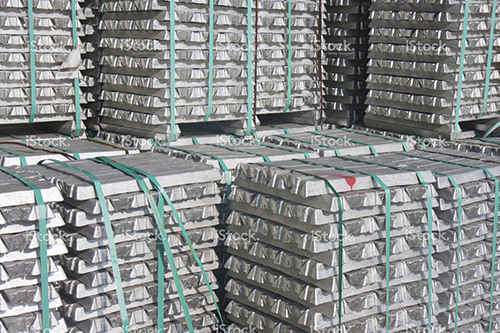 These aluminum ingots just want to leave Detroit an Vlissingen.

The first is to increase the minimum load-out rate warehouse operators are obliged to achieve, the minimum, as considered by some operators, is the maximum and they believe it is set far too low. For operators holding more than 900,000 metric tons of metal, they are currently loading out only 3,000 mt per day, yet the same warehouse will take IN tens of thousands of tons.

The new minimum daily load-outs proposed for warehouses storing between 150,000 mt and more than 900,000 mt range between 2,000 mt and 4,000 mt a day, scaled according to the amount of metal stored. It’s hardly a transformational change as the two remaining warehouses with extended queues are still potentially out to a year on a 3,000 mt/day minimum.

According to Reuters the LME’s warehouse report shows queues to load out at Vlissingen, Netherlands, were 365 days in May and at Detroit were 387 days. With rents at these warehouses on average about 0.50/mt per day, that remains a massive financial burden for metal owners waiting in the queue. The change will do little to reduce delays in the short term.

Of more significance is the move to cap rents for metal while it is in the queue. This is a suggestion we have long held as being the most practical to implement and the most effective to encourage early load out. If operators do not receive rent for metal in the queue, they will work to remove it as quickly as possible and replace it with metal they can earn rent on.

Specifically, the proposal reads warehouse companies that fail to deliver out-queued metal within 30 calendar days would be required to halve the maximum published rent charged to the affected metal owners. After 50 calendar days, no rent could be charged at all. It’s still a far cry from when I started in the trade and we could take physical delivery in 48 hours, but 30 days is better than 300.

So, some tough changes for the warehouse operators then? Well, no, not really. For one thing, 90% of LME warehouses do not exhibit any queues, so changes will not make any difference to them, and even for the two remaining problem locations — Detroit and Vlissingen — the changes are not going to be introduced before next May, by which time their queues will have decayed to no more than about 50 days based on current trends.

The changes will, however, inhibit the build up of new queues if the stock and finance trade roars back. For the time being, the physical delivery premiums have fallen back to “normal” levels and the market shows no signs of the shortages that could drive competition for metal, but the LME’s forward curve for aluminum does support the return of the stock and finance trade. The difference now compared to 2010-12 is the use of off-market rather than LME warehouses for the trade. Let’s hope the combination of rules and trade changes combine to avoid a repetition of queues in the future. The LME changes are a step in the right direction.