The EPA is getting closer to unveiling the final versions of its Clean Power Plan, which targets existing power-generating sources in the United States, and the US manufacturing community has expressed many concerns over the CPP.

Learn about the cost impact of proposed rule on US manufacturing industry, including steel production.

However, there is some indication that EPA may make three significant changes to the proposed rule before it finally hits the books, which could alleviate cost- and compliance pain for US businesses:

This would get closer to making good on EPA’s promises for a more “flexible rule” by allowing states to trade emissions credits amongst themselves without officially creating a cap-and-trade program, which would be more costly and create barriers to participation, according to Adam Riedel’s article in JDSupra Business Advisor.

Essentially, this would alleviate the effects that the most manufacturing-economy-dependent states would feel from the proposed rule, since those states would have been disproportionately affected by the emissions targets. It’s pretty clear that EPA overestimated the ease with which some of these states would be able to switch to natural-gas-fired plants, or access renewable energy for its (in many cases non-existent) infrastructure. 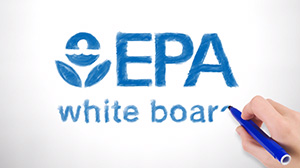 Will a recent  Supreme Court decision send the EPA back to the drawing board?

Also, the “early mover” states that already began carbon reduction initiatives would have been unfairly hit by the initial emission reduction targets.

This is exactly the issue that Lanny Nickell, VP of Engineering at Southwest Power Pool, told MetalMiner in an interview he is most concerned about: the virtually unachievable turnaround for interim emissions target goals to be met by 2020, before final goals must be met by 2030.

“Our concern is that the EPA is allowing the states to develop plans to comply with both the interim goals and the final goals, but those plans can be developed as late 2018,” Nickell said. “So if you think about the fact that fairly significant actions have to take place as early as 2020, the period of time between 2018, which is when they will, in theory, complete their plan, and 2020, which is when it would have to be implemented, that’s not a lot of time to build replacement generating capacity.”

He continued, “And it’s not nearly enough time to build transmission infrastructure that would be needed to support any new generation or any change in use of the existing generation capacity that we have.”

But Here’s the Most Interesting Part:

Legal experts are essentially calling the current period ‘the eye on the storm.’ In other words, as Adam Riedel writes on behalf of Manatt, Phelps & Phillips, LLP, “Although the past year has been a relatively tranquil period of waiting and speculating” – as we at MetalMiner have been doing! – “regarding EPA’s regulation of greenhouse gas emissions from power plants, the finalization of EPA’s rules is likely to usher in a transformative period for large sectors of the economy that will last until at least the end of the current administration.”

Which means, folks, get ready to strap yourselves in for a fun ride – and check back in with MetalMiner after the final rule has been announced for in-depth follow-ups on the legal challenges to the final rule of the EPA Clean Power Plan.

RELATED: For now, enjoy some well-informed speculation on the costs and effects of the plan.