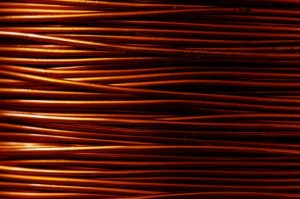 The recent copper price rebound may have been an aberration as the latest news has all base metals falling in tandem with weaker than expected September Chinese import data.

“We are looking at weaker than expected imports in China,” Daniel Ang, analyst with Phillip Futures, told the news source. “Lower imports would suggest that demand for commodities is still weak.”

The world will continue to eye China along with base metal prices as the Far East nation remains the largest source of global demand for metals, accounting for close to half of total zinc consumption, 40% of lead production and 45% of copper consumption.

The recent copper rebound hinted at above, resulting from major mining companies announcing production cutbacks, led to the metal recovering from multiyear lows struck in August and September, but that recovery has been short lived as China’s situation has once again taken center stage.

China to Bail Out Copper?

We recently reported that China could be cooking something up to bail out struggling copper. The nation announced it will spend at least 2 trillion yuan to improve its power grid infrastructure over the next 5 years. But it remains to be seen if copper will the metal to benefit from this project. It could be aluminum.

It would be cheaper to use aluminum alloy in wiring factories for the infrastructure project – in the short-term. It remains to be seen if China is more smitten with the short-term savings afforded by using aluminum, or if they will be more wary of the long-term cost associated with the switch.

You can find a more in-depth copper price forecast and outlook in our brand new Monthly Metal Buying Outlook report. For a short- and long-term buying strategy with specific price thresholds: