Home | Commodities | Stainless & Its Alloys: What Do Customers Want?
Commentary

Stainless & Its Alloys: What Do Customers Want? 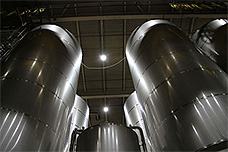 Stainless steel end users and customers took the stage during American Metal Market‘s 29th Stainless & Its Alloys conference recently in suburban Chicago and let producers and resellers know what they need from steelmakers. 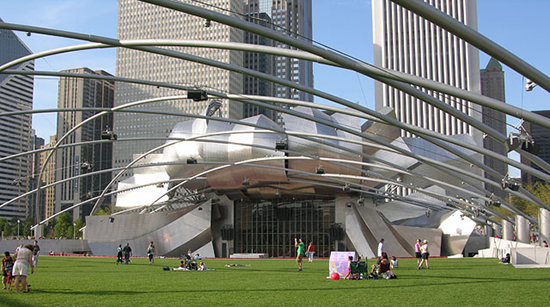 One of Zahner’s many structural stainless steel facade projects was the Pritzker Pavilion in Chicago’s Millennium Park. Credit: Sergio Perez/Zahner

“The steel industry must innovate and engineer risks out,” said Partha Biswas, global CIO of international food service equipment manufacturer Middleby Corp. “Even though nickel prices are down now, the nickel price is an unacceptable financial risk for us. We need to test, validate and educate new processes at every link in the supply chain. Maybe it’s a good time to start talking about folding surcharges into the base price. Why is this one of the few industries that has surcharges that work this way?”

Middleby consumes roughly 1 million metric tons of stainless steel a year and supplies companies such as McDonald’s, Chic-Fil-A, Kroger and hundreds of others across the restaurant and food service provider spectrum.

BIll Bihlman, founder and president of Aerolytics, LLC, echoed many of Biswas’ sentiments while explaining the long evolution of aviation equipment design.

He noted that additive manufacturing, more commonly known as 3D printing, is already revolutionizing the aerospace part design and manufacturing industries. Using titanium wire to weld an aircraft part rather than using a powder to sinter a part together, an older 3D printing technology, is the process that has the most potential to change aerospace and aviation manufacturing, he said. The microstructure quality and repeatability of the process are both better with a welded rod than with a sintered powder.

GE‘s additive manufactured fuel nozzle and Lockheed Martin‘s investment in the technology were cited as cases in point.

“With welding you can control the outcome of the part better than the melting of powder material,” he said. He also noted that the movement toward automation for the aerospace industry is not going to slow down.

Bill Zahner, CEO and President of Kansas City-based Zahner explained how his building engineering and fabrication company uses stainless steel on some of the most sculpturally beautiful buildings in the world, including the Pritzker Pavilion in Chicago’s Millennium Park, the Petersen Automotive Museum, the Experience Music Project in Seattle and the Broad Art Museum in East Lansing, Mich. designed by architect Zaha Hadid.

Utilizing 3D design software such as CATIA, Zahner is able to design and fabricate the most complicated architectural forms.

Zahner explained how his company uses blue stainless to create a water effect. The ability to shape the metal in different forms and use it as a lightweight skin that sheds moisture/dirt, yet also is malleable, creates great effects.

“Architects generally don’t know what material they want to use,” Zahner said. “Light interference can add a texture along a surface AND can make beautiful, clean colors with stainless.”

Both Zahner and Bihlman stressed that the 3D modeling programs used in both product and building design (CATIA started as an aerospace product) have allowed architects and product designers to create virtually any form they wish.

“It is absolutely paramount (3D design software),” Zahner said. “We have gotten to a point where we can design and build things we previously could not imagine.”

PREVIOUS POST:
Baosteel Has No Plans to Cut Output; UK Steel Gets Support
NEXT POST:
Graph of the Week: LME Aluminum Hits a 6-Year Low