A Market-Based MetalMiner Week In Review

This week the Federal Reserve declined to raise interest rates here in the US, but hinted strongly that it might do so at its last meeting of the year in December. Market-watching and significant commodities lows dominated the week in metals and most commodities.

In China, the central government made a move to goose its planned economy that hardly anyone expected when it rescinded the longstanding 1 child policy families had been limited to since 1979. Chinese parents can now bring 2 whole kids into the world!

Introduced by Deng Xiaoping to improve a then-impoverished nation’s scarce resources, the baby limit is threatening to undermine growth there as the working-age population shrank last year for the first time in 2 decades and the cohort of senior citizens is projected to grow rapidly, just like our retiring baby boomers.

We write about China quite a bit here at MetalMiner, but mostly in relation to metals exports, oil and things that aren’t human beings. Yet, our skepticism about China really changing to modernize its economy extends to this 2-child policy, which could be a clever way to make it look like the nation is changing without dealing with underlying problems. 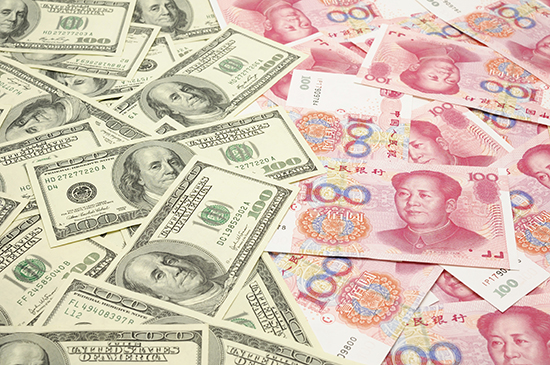 Dollars and yuan renminbi dominated our economic conversation this week.

With slowing growth and a steel industry that’s still stuck in the dark ages when it comes to supply and demand and environmental regulation, can China really have all the jobs necessary to fill its current population? Let alone the next generation? China’s planned economy shoots for 100% employment. I’m skeptical of China getting even close to that these days without currency manipulation, overproduction of steel, aluminum and most of the metals that we track.

So, the labor market there is not really a market at all. My colleague, Lisa Reisman explained just how far mainland China is from being a market-based economy this week while discussing recent World Trade Organization moves to recognize it as such. The picture’s not pretty.

China’s largest listed steel producer, Baoshan Iron & Steel, has no further plans to cut production following the recent closure of its 550,000-metric-ton-per-year Baotong plant, even though most figures show it is still overproducing steel for export. I suppose we could achieve 100% employment in the US here, too, if we were to give half the unemployed jobs digging holes and the other half jobs filling them up.

As if on cue, the US Dollar bounced off support and is now climbing higher against other currencies. While our banking system, and the Fed itself, can sometimes seem arbitrary and unsatisfying to investors, things could be far worse.