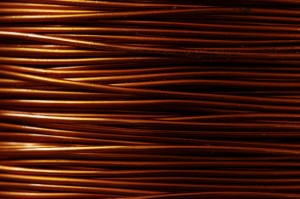 Copper futures continue to struggle significantly, and are currently just above their worst point in more than five years, which says a lot about the state of the global economy and, more notably, the Chinese economy.

The summer of 2009 was the last time copper was this low. The base metal has dropped by about 22% this year, alone, so, naturally, we should take a step back and analyze the potential factors leading to this sharp decline.

China is the world’s second-leading economy and as such, also happens to be one of its biggest importers of various metals, including copper. In fact, China represents 45% of global copper demand, making it a crucial demand driver in manufacturing everything from cars to electronics. However, the issues long-reported with the Chinese economy have led to a slowdown in industrial output, putting a hamper on copper imports and production.

“A plan by Glencore PLC to cut its copper-mining activities for 18 months, announced in September, briefly halted copper’s fall, but that effect appeared to be fleeting,” wrote Mark DeCambre of MarketWatch. “As a base metal, copper represents a fundamental supply/demand dynamic. Greater demand for copper pushes prices up and higher prices support the efforts of companies to mine for copper.”

Recent mine shutdowns have only slightly affected copper prices, giving support to falling prices but doing little to turn the tide against the mitigating macroeconomic factors at play.

Says our own Raul de Frutos: “While we have a strong dollar, weak Chinese demand and a still-bearish commodity environment, it will be hard to see copper making significant upside moves.”

How will base metals fare for the remainder of 2015 and into 2016? You can find a more in-depth tin copper forecast and outlook in our brand new Monthly Metal Buying Outlook report. For a short- and long-term buying strategy with specific price thresholds: