Automotive Construction: The Hotbed of Innovation

We wrote recently about the rapid inroads (if you will excuse the pun) aluminum has made into the automotive market, particularly for body parts that have been almost the sole domain of steel since before the Model T.

Then we wrote more recently on the fight back being made by steel, spearheaded by the major steelmakers such as ArcelorMittal to develop high-strength alloy steels that can be used in ever thinner gauges without sacrificing rigidity or strength, and the use of hot stamping that reduces spring back and die wear.

Well now it is with some trepidation that we report both aluminum and steel are facing a new kid on the block, the new contender is not even a metal, it’s carbon fiber. 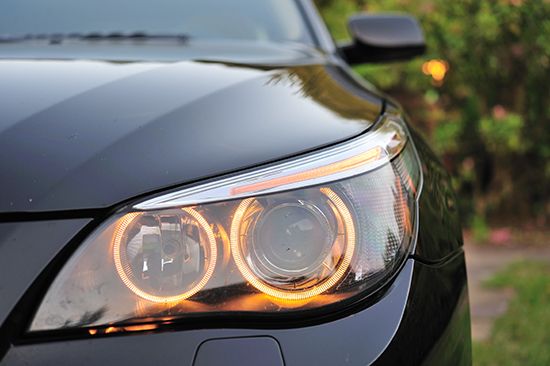 Ahh, but you will say carbon fiber has been around for at least a couple of decades. Goodness, aren’t half the world’s largest airliners made out of the stuff? And isn’t it dreadfully expensive and time consuming to make anything out of it?

Aerospace Does It All The Time

Well, yes, it has been around a while. And, yes, half the weight of a Boeing 787, Airbus’ A380 or A350 are made up of carbon fiber but in no small part to the success of the aircraft makers, the technologies around the formation and use of carbon fiber components have quietly gone through a revolution in recent years according to an excellent article in the Economist’s “New Materials in Manufacturing Technology Quarterly.”

So much so that, for initially niche models mainstream manufacturers like BMW are building manufacturing lines exclusively to build cars largely out of carbon fiber. In BMW’s Leipzig factory they have been using carbon fiber to make the electric i3 and hybrid i8 cars, since 2013.

Panels are preformed, glued and assembled into a structure that is said to be 30% lighter than aluminum, 50% lighter than steel and yet stronger than both. In addition, the process uses 50% less energy and 70% less water, both commodities that will be increasingly valuable in the years ahead.

Not that carbon fiber is likely to sweep metallic car construction into history overnight, it still takes minutes to form preform panels at the curing stage compared to seconds to press panels for steel or aluminum, but that is still a vast improvement on the hours it can take for aircraft parts.

Costs remain higher for carbon fiber than for using steel or aluminum but, as with aluminum, the high end of the market, where the costs can be more readily absorbed, will form the vanguard. The new BMW 7 series includes carbon fiber components and, according to the Economist, Apple, which is looking at building an electric car, is also in talks with BMW about the use of carbon fiber.

As the technologies develop the costs will come down, and the undoubted attractions of weight reduction and strength will become more readily accessible for mainstream car models. Just as we saw with aluminum, it wasn’t so much the cost of the underlying commodity that drove uptake but legislation driving carbon emission and mileage that forced car makers to innovate around the use of lighter and stronger materials. Anthony Vicari, an analyst with our old friends Lux Research in Boston, is quoted by the article as predicting by the mid 2020s carbon fiber will be widely adopted by automakers.