Home | Commodities | Indian Aluminum in 2016: Can A Turnaround Happen?
Commentary

Indian Aluminum in 2016: Can A Turnaround Happen?

Aluminum producers in India are looking to the US and other export markets with hope in the new year, after the double whammy of cheap Chinese imports and low prices for the silver-white metal for almost all of 2015.

As in other countries, the overall global commodity free fall was the main cause of the mayhem for Indian producers. Aluminum prices dropped from a monthly average of $2,455 a metric ton in 2011 to the recent $1,468 per mt. A large number of Indian aluminum majors are now staring down capacity shutdowns and operational losses. Companies such as Vedanta have been negatively affected.

What Can Save Indian Aluminum?

There are three factors aluminum producers are banking on: more and newer innovative uses of aluminum, especially by US companies, India’s economy improving and producing at full throttle and, finally, support from the Indian government via additional taxes and tariffs to stop the influx of cheap imports. 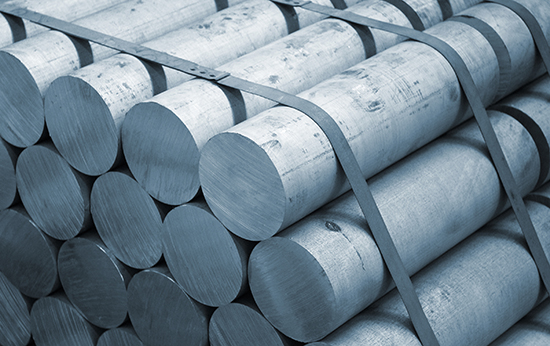 Indian smelters are counting on automotive and other sectors to eliminate their surplus. Source: Adobe Stock/Arsel.

New uses of the metal are key to producers overcoming their recent losses. Indian aluminum companies have put their faith in a large increase in the use of aluminum in the automotive, aircraft manufacturing and construction sectors in the US and in European countries. Expansion by Indian producers into these markets needs to happen to justify their optimism.

Newer and stricter fuel and emission laws and regulations in several international markets have created favorable conditions for automakers to work with downstream aluminum manufacturers, such as Hindalco-owned Novelis and Alcoa, to develop alloys of the silver-white metal. Both companies have already seen success in helping the US automotive industry wean itself off steel as a body material.

It’s no secret that the use of aluminum in a passenger vehicle is going up with each passing year. Industry officials say the average aluminum content in a car for example, will rise to 250 kilograms by 2025 from less than 125 kg now, according to this report.

Alcoa has seen such strong demand from automobile and aircraft manufacturers that it split itself into two separate companies to cater to such large customers. Alcoa is now an aluminum production company and a downstream value-added operation. Analysts in India believe Alcoa’s strategy could, perhaps, be the way forward for Indian aluminum producers such as Hindalco since they already enjoy a high profile in downstream value-added products.

Ford Motor Co. is an excellent example of a company benefiting from Alcoa’s value-added services. According to news agency Reuters, Ford plans to launch a second line of aluminum-intensive trucks, for which Novelis will supply the high-strength aluminum. Novelis, owned by Indian conglomerate Aditya Birla Group, will begin shipping product from its Oswego, NY, plant for the F-Series Super Duty truck line this spring. Ford’s first aluminum-body truck, the 2015 F-150, was launched just over two years ago in December 2014.

One hurdle is prices increasing to compensate for the coal Indian producers now have to buy from the open market after losing captive coal blocks following a legal order last year. In the face of dropping global prices, this could mean an even more uncompetitive position in the global market. Thus, the cost of production in India is expected to rise even further, driven by the fuel costs against manufacturers from Russia and China, both which enjoy a fuel-cost advantage.

The China factor, as is evident in India in almost all major metal sectors, is also something Indian producers will have to continue to reckon with in 2016. Falling London Metal Exchange prices are largely attributed to China selling its surplus production in the world market at “subsidized” rates, making India, like the US, one of its export victims.

India’s aluminum demand was expected to go up to 3.5 million mt by 2017-18 against 2.85 mmt in 2014-15. Several companies have set up additional smelting facilities to cater to this expected demand, but the effort could come to a naught if the cheaper imports into the country continue.

The Indian government is said to be taking requests from domestic aluminum trade groups that it enact stiffer duties than the current 5% tariffs seriously .

PREVIOUS POST:
EPA Clean Power Plan Won’t be Stayed While It’s Argued in Court
NEXT POST:
Week-in-Review: All We Have to Fear is Oversupply, Itself