One of the largest tractor manufacturers in the world and one India’s top automakers, Mahindra & Mahindra Ltd. is reportedly building an SUV for the American market.

A recent report in The Wall Street Journal said the company has cobbled together an engineering team to set up a unit near Detroit, home of much of the US auto industry. Mahindra’s new staff has been carefully poached from US giants such as Ford Motor Co. and Tesla Motors Inc. 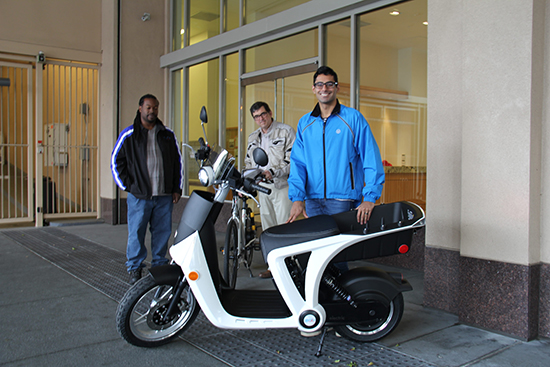 The same report claims Mahindra was already testing the large SUV, said to be comparable to the BMW X5, on the streets of metropolitan Detroit. The SUV will have to meet stiff US safety and fuel economy regulations, and cater to the whims of American buyers if it wants to be successful.

This isn’t Mahindra’s first attempt to crack the US automotive market. About a decade ago, the $16.9 billion conglomerate, which controls about 40% of the SUV market in India announced partnerships with US dealers, with the promise of delivering vehicles by 2009. But Mahindra claimed it had trouble meeting US vehicle regulations and canceled its plans in 2010, and the entire episode ended up in US courts as at least 5 automobile dealers from the US filed a lawsuit accusing M&M accusing it of fraud, misrepresentation and conspiracy.

M&M has assured prospective buyers, this time, that this is not just a one-off attempt at manufacturing a SUV for the US market. According to The Detroit News, Mahindra’s current US endeavor started sometime around 2013 after the company invested $4 million to open two facilities in Michigan: an engineering technology center in Troy and a small, Ann Arbor, Mich.-based production facility for GenZe, an electric bicycle and scooter subsidiary.

The GenZe 2.0 was launched last week in Oakland, Calif. The green two-wheeler is the first connected all-electric scooter, conceived in Silicon Valley and engineered/assembled in Ann Arbor. It’s designed to help tackle the challenges associated with urban commuting, parking, congestion and pollution.

At one level, M&M is testing the US market, by selling the GenZe, to understand whether the Mahindra brand can get established there. The SUV may be the next test. While some Indian auto analysts feel that before going whole hog in the US market, the automake was most likely to test the European market. Others said a positive reaction from American buyers could help M&M establish a strong foothold in the US from where it would then start looking to become an international player of repute in the automotive world.

Everything that M&M has done of late seems to be part of a well thought-out strategy. Recently, Mahindra bought a Korean auto maker, an Italian design house (Pininfarina) and an electric-vehicle maker. Pininfaria is known for its Ferrari designs and M&M’s partnership with the swanky Italian design house will help it enter new markets in Europe and the US, according to this Forbes article. It will let a company that is primarily known for engineering and technology prowess to be able to offer sleek designs as well for its outsourced automotive contracts, too.

No stranger to making SUVs, M&M recently launched the KUV100, its smallest SUV yet, thus introducing a new class of vehicles on Indian roads called Kool Utility Vehicles. The vehicle is specifically aimed at younger buyers.

So, while its Indian program is well on track, it remains to be seen if M&M’s second foray into the US market works for it, but the legwork seems to be there.

PREVIOUS POST:
Key Price Drivers for the Industrial Metals YOU Source
NEXT POST:
A Market Rebound, But For How Long?