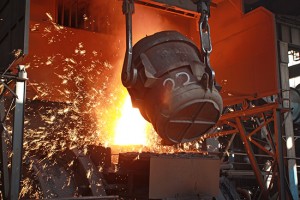 The plan put in place by China to reduce crude steel production capacity could have far-reaching consequences, including job cuts and social instability.

Bloomberg Business reported the move could cost the Far East nation as many as 400,000 jobs and may well fuel social imbalance. Citing the China State Council, steel production capacity is expected to be cut by 100 million to 150 million metric tons. The individuals who lose their jobs as a result will be assisted by the Chinese government, according to the Xinhua News Agency.

“This is a positive sign for China’s adjustment to a slower, more efficient economy, but we should wait to see how many of these job cuts are real,” Andrew Collier, an independent China analyst and former president of the Bank of China International USA, told Xinhua. “The high levels of debt in China would be better used to support real and growing businesses.”

According to the source, the iron and steel sectors employ more than 6 million people in China, or roughly 4% of total industrial employment.

Commodity Demand on the Rise?

“Commodity demand has remained robust and positive,” Burns wrote. “The collapse in prices is not about a lack of demand. It is, rather, self-inflicted by miners and oil producers, who, for diverse reasons, are producing far too much product compared to actual demand.”

How will base metals fare in 2016? You can find a more in-depth steel price forecast and outlook in our brand new Monthly Metal Buying Outlook report. For a short- and long-term buying strategy with specific price thresholds: