We wrote this week about the agreement by Russia and Saudi Arabia to limit production at January levels in the face of a record global oil glut.

Needless to say, the oil price promptly dropped 3% as the market saw the statement for the hollow, face-saving attempt that it was. Saudi Arabia and the rest of the Organization of Petroleum Exporting Countries (OPEC) have long said they will only consider production cuts if non-OPEC members — for which, read Russia — and new entrants, read Iraq and Iran, will also limit output. 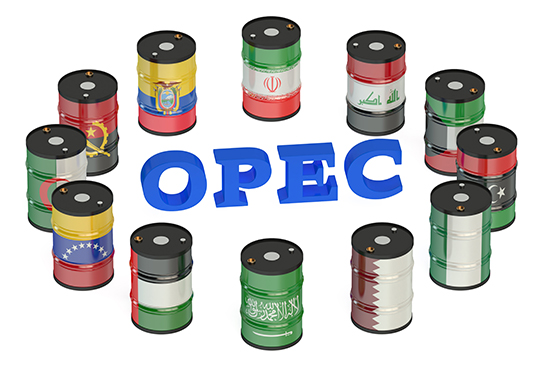 In this corner, the Organization of Petroleum Exporting Countries, led by Saudi Arabia and its government largess. Source: Adobe Stock/Alexlmx.

Freezing output at January levels still leaves the world in surplus and will do nothing to change that situation. Russia’s oil production hit a post-Soviet-era high in January of 10.8 billion barrels per day so, although output for the whole of 2016 is not expected to rise beyond 2015 levels, that is still record output.

Fighting Out of South America, Africa, the Middle East: OPEC

Meanwhile, Saudi Arabia produced 10.2 million bpd in January, below the most recent peak of 10.5 million bpd set in June 2015, but as this graph from Bloomberg shows, even freezing at January levels would be meaningless in the face of strong output from Iraq and the prospect of an additional 1 million bpd from Iran over the coming months.

Fighting Out of the US, Canada, Brazil: Tight/Tar Sands/Deep-Water Oil

OPEC has made no secret of the fact that it is trying to squeeze out of the market what it perceives to be higher-cost producers; such as US tight oil, Brazilian deep water and Canadian tar sands producers, by driving down the price below the new upstarts’ cost of production.

But, as the months have turned into more than a year and the oil price has dropped over 70% it is OPEC that is blinking first. Indeed, pressure within OPEC for action has been intense, led by Venezuela which is desperate for a price rise but also supported by west African producers and even some in the Middle East.

So far, Saudi Arabia has brazened it out but a recent article in the New York Times suggests the strain is showing within the kingdom. Unlike Venezuela, Saudi Arabia remains financially sound, thanks to large cash reserves, low public debt and lots of new infrastructure that can aid economic growth, but —even so — the kingdom is still uniquely vulnerable to social unrest. 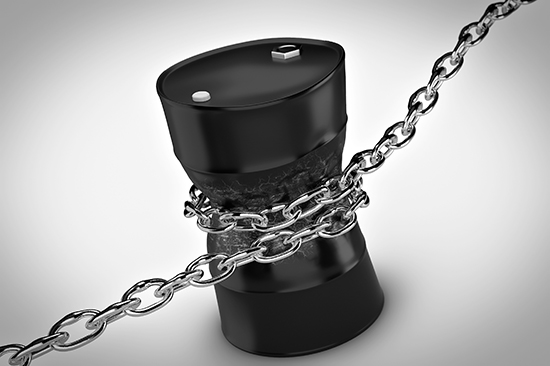 As the NYT observes, for decades the royal family has used the kingdom’s immense oil wealth to lavish benefits on its people, including free education and medical care, generous energy subsidies and well-paid (and often undemanding) government jobs. No one paid taxes and, if political rights were not part of the equation, that was fine with most people.

But now, self-induced low oil prices have knocked a chunk out of the government budget and now pose a threat to the unwritten social contract that has long underpinned life in the kingdom. As a result, government projects are delayed, spending limits imposed on ministries and high-level discussions about measures long considered impossible, like imposing taxes and the selling of state assets like oil company Saudi Aramco.

In a country where government largess has become an assumed right, these changes have the potential to cause considerable unrest. Saudi Arabia has a population of some 21 million people but 70% of the population is under 30 with many coming into the workplace every year.

Estimates of 250,000 youngsters coming onto the market each year may sound small but in an economy that is so rigid and with wage costs for Saudi nationals so high, job opportunities are limited outside of the now shrinking government sector.

90% Of government revenues are from oil and 70% of working Saudis are employed by the government with even the private sector remaining heavily dependent on government spending. Most of the country’s engineers and health care workers are foreign, because they work for half the wages of Saudi nationals and are willing to work longer hours.

Attitudes are changing, but stories abound of Saudi’s not turning up for work or leaving early when they feel like it, symptomatic of a society where work is seen as something other people do. As the ranks of the unemployed swell, as benefits — cheap energy and subsidies — are withdrawn, pressure will mount on the small ruling elite to compromise on output and get the oil price back up so life can return to the good old days.

In a society like Saudi Arabia where expression is strictly limited, the unfortunate result of hardship is discontent builds like a pressure cooker if no release is found. No wonder the kingdom is finally caving in to pressure from fellow OPEC members, the authorities may be seeing even more worrisome pressure from within.

PREVIOUS POST:
Anti-Dumping: Australian Silicomanganese Hit With 12% Duties
NEXT POST:
The End of the World For Stock Markets? Goldman Sachs Thinks So