The Real Impact of HRC, CRC and HDG Anti-Dumping Measures

One of the factors driving the current upward momentum in spot steel prices is the preliminary duties that have been imposed on three key steel products categories: Hot-rolled (HRC), cold-rolled (CRC) and corrosion-resistant steel products (usually hot-dipped galvanized). Let’s discuss each of them and how prices are being impacted. 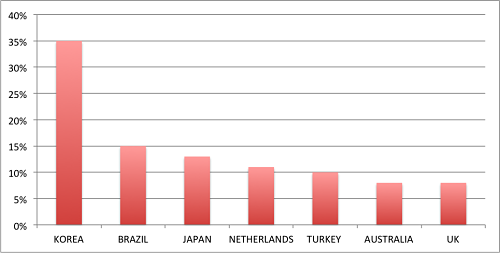 In the case of HRC, anti-dumping determinations will have the least impact among the three steel categories studied. Prohibitive duties were only imposed on the U.K. but, as we can see, the U.K. represented only 7% of HRC imported into the U.S. last year. Brazil also had duties in excess of 37% imposed on its imports.

Meanwhile, South Korea the biggest exporter, only received between 4% and 7% duties. Similarly, the Netherlands and Turkey did not see significant duties.

To conclude, S. Korea is by far the biggest exporter and the duties imposed won’t be sufficient to stop the country exporting material into the U.S. This helps explain why HRC prices haven’t gained much compared to CRC and HDG prices over the past few weeks. 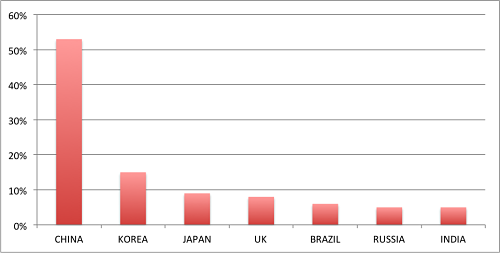 Unlike HRC, U.S. regulators claimed their biggest victory with the CRC case as China, by far the largest exporter of CRC into U.S., was imposed with a super-high dumping margin of 265%, which would effectively shut down imports from the country.

That has, in turn, caused domestic CRC prices to jump more than 15% since January. 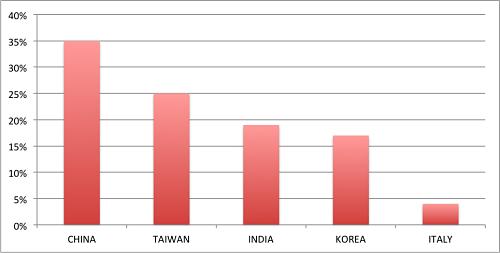 Taiwan however was left without any duties and South Korea only had a 5% duty imposed on its imports. That won’t stop these two countries from exporting material into the U.S.

Anti-dumping determinations are driving steel prices up in the short term. CRC and HDG are enjoying a  more significant rally than HRC products, since the anti-dumping determinations were more significant based on import share by the countries they were levied against. This could continue to keep the spread wide for some time. However, it’s still questionable if anti-dumping actions will help lift prices in the longer term, since we could see an increase in imports later this year as exports rotate from other countries.