Are Manufacturers and Consumers Hurt by Steel’s Anti-Dumping/CVD Lawsuits?

In the last year, the U.S. steel industry has aggressively pursued anti-dumping and countervailing duty lawsuits against Chinese producers of various steel products.

U.S. Customs and Border Patrol has stepped up efforts to enforce U.S. trade law. Earlier this week, the Department of Commerce confirmed the cold-rolled steel anti-dumping margins from China (265.79%) and Japan (71.35%) as well as a countervailing subsidy for China of (256.44%). This makes for a total of 522% duties on Chinese cold-rolled steel.

The U.S. steel industry says we are at economic war with China. With cold-rolled steel being used in automobile panels, appliances and construction, could the anti-dumping and countervailing duties lawsuits against Chinese producers actually be hurting the United States?

The steel industry directly employs 142,000 people which is part of the 12 million U.S. manufacturing jobs according to the National Association of Manufacturers (NAM). The newly elected chairman of American Iron and Steel Institute — John Ferriola, chairman, president and CEO of Nucor Corp. — said at a recent AISI CEO press briefing that steel jobs declined by 13,000 in 2015. Although steel jobs declined last year, manufacturing jobs in other subsectors have picked up the slack. According to the Bureau of Labor Statistics, a total of 13,000 manufacturing jobs were created in 2015. 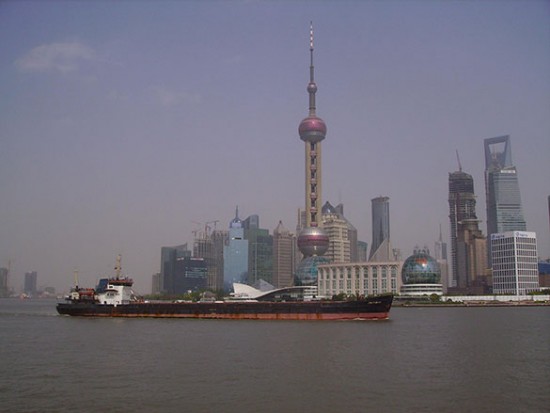 Trade is a two-way street, what if China begins to tariff the goods U.S. manufacturers sell there? Source: iStock.

Steel prices have been rising in the U.S. as domestic mills are now shielded from imports China and other countries named in the trade cases. According to numerous sources, the domestic lead times have extended which is leaving some companies scrambling for metal.

If U.S. manufacturers can no longer compete with global manufacturers, then wouldn’t there be a risk of more U.S. jobs being lost? China is the third-largest market for manufactured goods in the U.S., according to NAM.

Since 2002, U.S. exports of manufactured goods increased 350% to $89 billion. On May 17th, Linda Dempsey, Vice President of International Economic Affairs at NAM, wrote in NAM’s blog shopfloor.org, “There’s a long way to go in creating a fairer and more reciprocal U.S.-China commercial relationship, but it’s a lot more complicated than a campaign promise of putting new border taxes on Chinese imports, which we all know would be contrary to U.S. international commitments and would likely result in even stronger retaliation against U.S. exports to China. And just a reminder, the Trans-Pacific Partnership does NOT include China.”

How China Could Retaliate

Tim Worstall, a contributor to Forbes, wrote a provocative opinion piece this week entitled, A Possible Example Of Rent Seeking Through Tariff Barriers, in which he used the example of Chinese tires being hit with Indian anti-dumping duties. Worstall’s conclusion: “Imagine that China really is subsidizing those tire exports to India? That 9% fall in prices as a result is proof perfect that this makes Indian consumers better off. Given that this is the entire aim of having an economy, that is just fine.”

Many economists argue that free trade actually makes the consumer richer. Chinese competition forced the Indian tire company to reduce its home market selling prices. The import duties in this case are a producer benefit which Worstall points out is what economists call rent seeking. Worstall says dumping “provisions might be used even when dumping isn’t actually happening as a more general concern, precisely because it offers an opportunity for producers to argue for a carve out of a rent opportunity within the economy. This is why the standard economic prescription is not to have tariff barriers to imports.”

Is the U.S. steel industry just “rent seeking” and avoiding the inevitability that imports, especially Chinese steel imports, will be a part of the U.S. manufacturing supply chain? It’s difficult to say, especially considering that U.S. steelmakers have also accused China of other non-competitive actions, including outright intellectual property theft.

U.S. manufacturing, though, accounts for 9% of the U.S. workforce and it seems to have more to lose than the U.S. steel industry. What happens if China retaliates and causes the U.S. to lose its position as the third-largest importer into China?

PREVIOUS POST:
Oil Prices Near $50: Why Investment Banks Were Wrong on Oil
NEXT POST:
May Zinc Price Forecast: Usage Projected to Grow this Year