Brexit: EU Gotta Be Kidding Me

Almost no one seems to think this is a good idea, but the British people have gone and Brexited the European Union anyway.

Britain has voted by a narrow majority 51.8/48.2 to leave the EU. What happens now is anyone’s guess. We are in uncharted territory, even those leading the charge for a Leave vote seem somewhat perplexed by the outcome and have been busy backtracking on promises and commitments made during the campaign about what they could deliver.

David Cameron, Britain’s prime minister, has announced he will step down before the conference season in October to make way for a new leader of the party’s choosing. The automatic assumption is this will be Boris Johnson with Michael Gove as Chancellor, but the party is deeply divided and a lot could happen between now and the Fall. 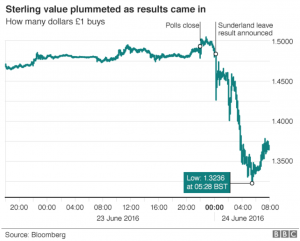 In the meantime, the markets have taken the decision badly. The FTSE 250 — which is considered a close barometer of the UK economy — fell by 12.3% before paring losses back to 7.1%, while the pound tumbled to $1.30, before recovering slightly to $1.36 against the dollar.

The vote is the most dramatic to date in a wave of populist and nationalist uprisings occurring on both sides of the Atlantic that are overturning traditional notions of what is politically possible. Last month, Austria came within a hair’s breadth of voting in an extreme right fascist president. Right-wing, separatist parties across Europe will take heart from Britain’s decision to launch their own agendas if not for exit then for radical change.

What This Means for Automotive Metals

One of the industries that stands to lose the most and has been most vocal about staying is automotive. The Society of Motor Manufacturers and Traders — upon receiving news of the Leave decision — immediately made the following announcement:

“The British public has chosen a new future out of Europe. Government must now maintain economic stability and secure a deal with the EU which safeguards UK automotive interests. This includes securing tariff-free access to European and other global markets, ensuring we can recruit talent from the EU and the rest of the world, and making the UK the most competitive place in Europe for automotive investment.”

In other words, they are calling for remaining in the single market and free movement of labor, indeed the main plank of the Leave campaign was recovery of control of the U.K.’s borders and an end to unfettered immigration, but what wasn’t acknowledged is that membership or access to the single market demands acceptance of free movement. You can’t have one without the other.

Countries like Norway and Switzerland that have access, but are not members of the EU, still have to agree to free movement of labor, so, if it wants to maintain access, will the UK. How voters will react in the years to come when Leave politicians fail to halt immigration is a question for another time.

For now, companies, central banks and politicians around the world and looking to mitigate their risks and limit the damage. Contracts written in foreign currency that are unhedged will be canceled or renegotiated. Quotations made will be withdrawn, investment decisions will be postponed and pension funds will be revalued. Everyone will wait for the dust to settle before making commitments and that will impact business levels for months to come. Bright new dawn or stepping off a cliff? Only time will tell.