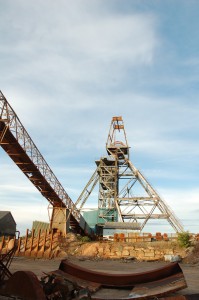 South Crofty tin mine, located in the U.K.

The South Crofty tin mine story has a new chapter as Canadian mining company Strongbow Exploration, Inc. announced plans for the historic site in Cornwall, U.K.

It’s been a long and winding road, but just last month the West Briton reported that Strongbow finally completed the acquisition of the mine, which has seen its fair share of potential suitors dating back to 2001.

According to the West Briton, several companies attempted to acquire the mine from 2001 to 2013 but poor market conditions led to the mine going into administration in 2013. Enter Strongbow, which completed its acquisition with 100% interest in the South Crofty Tin Project and associated mineral rights just last month.

The mine has an active permit valid through 2071.

The reason for optimism in August 2016? Rising tin prices and a weakened pound could supplement each other to grow the mine’s value, which at one point employed thousands of locals before closing, according to the West Briton.

A recent report from Reuters stated that China could increase imports of refined tin in the near future. The reason? Upcoming environmental inspections at smelters, which could derail local output.

“It should have a huge impact on the whole (tin) industry,” a trader at one Chinese tin smelter told the news source. “It’s … part of long-term supply side reform not just for the private sector or special smelters.”

You can find a more in-depth tin price forecast and outlook in our brand new Monthly Metal Buying Outlook report. Check it out to receive short- and long-term buying strategies with specific price thresholds.