Home | Commodities | As Divorce/Brexit Looms, Both Sides Are Claiming the Wine Cellar
Commentary

As Divorce/Brexit Looms, Both Sides Are Claiming the Wine Cellar

In a hilarious article, the Financial Times likens British government officials eying up of the European Union’s assets to divorce lawyers circling their client’s ex-half’s possessions in an attempt to secure the best settlement.

In the case of the E.U., the claims are substantial, the paper contends. Any exit deal must settle complex liabilities including the U.K. share of guarantees on €60 billion of Eurocrat pensions and almost €20 billion of European Investment Bank loans. At a minimum, the U.K. will continue to pay into the E.U. budget until it leaves in the Spring of 2019, but Brussels is pressing the payments to continue long after 2019, saying commitments to fund projects with longer dates should be honored. 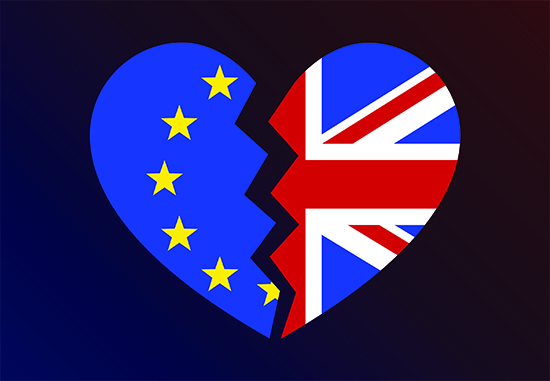 Divorce/Brexit can be so hard… especially dividing up your stuff! Source: Adobe Stock/MartialRed.

Apart from snapping shut the checkbook, you might think the U.K. doesn’t have a whole lot of leverage… not so, U.K. officials say!

They are lining up a list of assets they say the U.K.’s financial contributions over 42 years have helped build up. In total, they may not go anywhere near meeting the financial value the E.U. is claiming the UK meets, but they may have far more significance for the E.U.’s politicos than mere taxpayer money.

Who Gets to Keep the Fancy Wine? And the Art?

At the top of the list is claiming a share of the E.U.’s 42,000-bottle cellar of wine, cognac and other spirits, a share of its art collection and its $9.7 billion (€8.7 billion) property portfolio. Just working on the basis that Britain makes around an eighth of net E.U. budget contributions, the paper claims would cover roughly 5,000 bottles of fine wine, 250 bottles of spirits — including the finest French cognac no doubt—, and $2.5 million (€2.25 million) worth of art from the European Parliament’s collection. That would leave a few blank walls.

The U.K. is also and around $11.16 million (€10 million) from the book value of the European Court of Justice building, all likely to really upset Brussells’ notorious high rollers. What, no aluminum stockpiles?

The E.U.’s official property list is huge. Along with extensive properties in Luxembourg and Strasbourg, the E.U. maintains a network of agencies, delegations and offices around Europe, with prized buildings such as its Paris representation on Boulevard Saint-Germain. Duplicating embassies and diplomatic offices long held by its member countries around the world, the E.U. has built its own network of more than 300 properties in 138 countries. A fifth of which are owned by the bloc and hence, technically, an asset the U.K. could demand a share of.

But it is the wine and spirits cellar that may prove the most difficult for the E.U. Council’s president Jean-Claude Juncker to stomach. His reputation for liking a glass or five of the fine stuff is legion, so much so that highly regarded Dutch finance minister Jeroen Dijsselbloem, President of the Ecofin Eurogroup of finance ministers, is said to have been twice blocked by Juncker from a role as an E.U. commissioner because he once let slip that Juncker is an “inveterate drinker” and called into question his suitability for the role.

If there is one skill set we Brits are well respected for it is the depth of legal expertise in the City of London. With the imminent loss of the European market staring them in the face, you can bet the sharpest and brightest among the square mile’s lawyers will be lining up for a piece of Britain’s divorce battle with Europe. Bring on the Chateau Laffite!

PREVIOUS POST:
Stainless MMI Up On Philippines Mine Closures
NEXT POST:
British Submarines to be Built With French Steel