Europe Looks to the Battlements as Trump Softens NATO Stance

President-elect Donald Trump’s recent announcement that he is “all for NATO” may have offered some comfort, but his repeated statements during the campaign regarding the North Atlantic Treaty Organization and Europe’s responsibility to look after its own defense have sent a shiver down the collective spines of E.U. countries, the likes of which they have not felt since the formation of NATO in 1949.

While very few in Europe would agree, it is possible that the President-to-be’s  position on NATO may ultimately be to Europe’s greater good. A recent article in Carnegie Europe entitled “America’s European Allies” highlights not just the issue of underfunding, but the appalling state of European defense structures and the inherent inefficiencies that result mean that of the $214 billion (€200 billion) that EU member states collectively spend each year on defense, much is wasted. 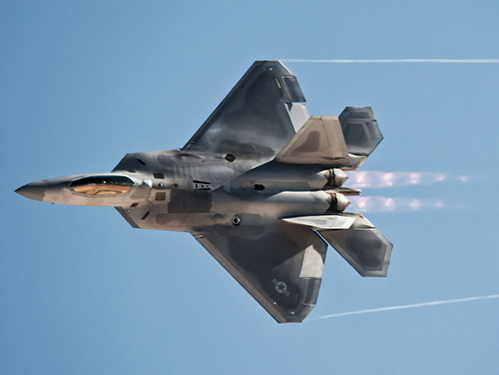 Would you rather a standing personnel group? Or an F35?

More troubling even than that failure of accounting is that some states don’t even spend the agreed-upon 2% of gross domestic product on defense, an egregious violation of the compact of being an E.U. member-state. These structural issues undermine the region’s ability to effectively mount a unified defense.

The first issue is high personnel costs. According to the article, cash-strapped Greece spends some 2.38% of the country’s GDP on defense, significantly in excess of the 2% minimum agreed by NATO members summit in Wales in 2014. Unfortunately, out of its total defense budget of $4.6 billion (€4.2 billion), Greece spends almost 70% on personnel alone. No weapons.

Worse, still, are countries like Belgium which spends a pathetic 0.85% of its GDP on defense. Of that paltry amount, nearly 81% is spent on personnel costs. Portugal and Slovenia are not far behind spending 78% and 82% respectively on personnel alone.

Compare that to the United States and Britain, which allocate about 37% of their defense expenditures on personnel costs and you begin to see why many E.U. member states struggle to produce an effective fighting force.

In a 2013 report by the European Parliament it was stated that research and development expenditure in the E.U. on defense-related work between 2007 and 2011 actually decreased by 19%, suggesting defense budgets are being squeezed further across the region.

The second major issue is the number of different and expensive military systems Europe operates. Protected by national interests, Europe has three separate fighter aircraft programs, Eurofighter, Griffin and Rafale plus multiple helicopter programs resulting in differentiated and incompatible production chains with no economies of scale.

Operationally, this makes interoperability difficult, with different training for each model and separate logistics needed even for the same operations. Rather than converging, this is a major and growing problem, affecting not just cooperation between the U.S. and its European allies, but even among European nations, themselves.

So far, the Europeans have done little more than tinker around the edges, in some cases building clusters of cooperation or forging closer bilateral ties to reduce duplication and improve interoperability, but with member states determined to protect their own defense industries, issues of national sovereignty frequently overcome the needs of  regional defense.

President-elect Donald Trump’s demands that Europe fund its own defense have come as a wake-up call and while his less-than-firm commitment to NATO may give encouragement to a more aggressive Russia, it may also force European capitals to rethink how plan their collective defense and take it more seriously. For that, we should all be grateful.

PREVIOUS POST:
Iraq Would Lose Cash to Oil Company Partners if OPEC Cuts Production
NEXT POST:
How To Buy Industrial Metals In a Bull Market