Home | Best of MetalMiner | Best of 2016: This Aluminum Price Increase Has Caught Many by Surprise
Commentary

Best of 2016: This Aluminum Price Increase Has Caught Many by Surprise

As we continue to spotlight and republish our top posts of 2016, we travel way back to New Year’s Day 2016 for another metal price story. This one by our Editor-at-Large and MetalMiner Co-Founder, Stuart Burns noting an aluminum price increase from almost exactly one year ago today. — Jeff Yoders, editor.

Aluminum has since taken off with the rest of the base metals and we’re in a full bull market. It’s quite a contrast from situation just one year ago.

The London Metal Exchange (LME) aluminum price has risen from the low $1,400s per metric ton in October to the mid $1,550s this week.

At the same time, the Japanese have started settling first quarter 2016 physical delivery premiums at $110 per mt, 22% higher than the previous quarter, the first time they have risen in a year. 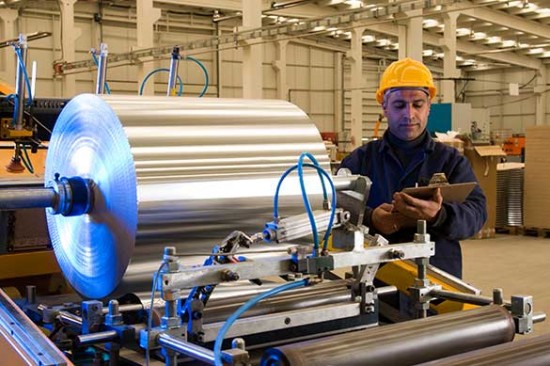 What is behind the increase in the aluminum prices? Adobe Stock/uwimages.

Meanwhile, probably not unconnected, Japanese port stocks have fallen at the country’s three major ports. Stockpiles fell in November by 7.5% to 401,000 mt according to Reuters. Over the in US, the Midwest transaction price, which includes the LME price and premium that buyers pay to take delivery of the metal, has risen steadily this month to $1,736 per metric ton by December 24, up from $1,599/mt on 28 October, which was its lowest point since May 2009.

Perhaps emboldened by the rise in delivered prices — and certainly supported by financial support from the state of New York in the case of Alcoa and better power prices in Kentucky in the case of Century — some planned plant closures have been reversed keeping 86,000 mt of annual capacity operating.

Over in China, source of much of the world’s overproduction, some 4 million mt of plant closures are said to have been implemented in 2015 and the State Reserves Bureau (SRB), at the direction of the National Development and Reform Commission, is looking at buying at least 1 million tons, but possibly twice as much, to aid smelters awash with metal. The incentive to rationalize capacity is that those smelters that close the most capacity can have more surplus metal taken off their hands into the SRB’s stockpile.

So, by all accounts the market is turning a corner. Both exchange prices and physical delivery premiums are responding to a tighter supply market and rising, right?

Well, no. Not yet, anyway. Yes, the market responded to announced capacity closures, particularly in China, and prices rose as investors closed out short positions, but to say the market has turned is far to early to call.

Supply is more balanced in the west as evidenced by the slight rise in physical delivery premiums in the US and Europe but Alcoa and Century’s postponement of smelter closures is more a response to cost reductions they have squeezed out of the local and state utilities, allowing them to compete at current levels, than it is a belief the market has turned, no matter how welcome the uplift in prices has been in the short term.

Are the Closures Being Felt?

In China, capacity closures are as often announcements of closures to come as they are actual capacity shutdowns today. Some may not materialize. And anyway, those closures are trumpeted much more loudly than news of new capacity that is continuing to come onstream in the northeast, especially Xinjiang, where low-cost power supply based on captive coal supplies allows state-of-the-art new smelters to comfortably compete even at current prices.

We aren’t great followers of the chartist predictions, but the fact many are means they can still have a significant impact on the market.

A recent Reuters article this week said LME aluminum is expected to retest a support level at $1,420 per metric over the next three months, a break below which could cause a loss to the next support at $1,255 per mt.

There is no shortage of metal around and “product” continues to flood out of China displacing sales that would otherwise be met by global suppliers and generate demand for primary metal. Last but not least, let us not forget that there is some 15 million mt of metal sitting in long-term finance deals that, sooner or later, will come back onto the market.

So, is the market on the way back up? We think not. All downward curves have peaks along the way and this trend line probably has further to fall.

On Monday morning, the Shanghai Futures Exchange dropped 2.3%, its biggest one day decline in more than six weeks as planned closures didn’t appear to be materializing. The current jump may have more to do with a thin holiday market than a reversal of fortunes. By mid January we will have a clearer picture of direction but, from here, the potential for downside pressure is still greater than up.