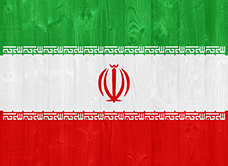 We are used to steel producers and their trade bodies raising objections to steel imports from China here in Europe, even from Russia and Ukraine but here’s a new one: Iran.

“The threat from Iran is new and it’s going to be one of the top three issues: China, India, Iran,” Karl Tachelet, external relations and trade director at Eurofer, is quoted by Reuters as saying.

Although Iran faces headwinds Eurofer probably is quite right to highlight the country’s steel industry as a threat to the European market. Iran currently produces 16 mmt of steel, much of it consumed internally and has significant reserves of iron ore but the authorities had already announced plans to raise exports to 10 mmt before the Iranian Mines and Mining Industries Development and Renovation Organization (IMIDRO), issued a statement this month saying Iran foresaw exports of 20-25 mmt of steel by 2025.

That may be a tough target for Iran, already hampered by the reluctance of foreign firms to invest or even trade with the country for fear of incurring U.S. displeasure despite the supposed relaxation of trade restrictions post Obama’s nuclear deal. Iran is talking about restricting exports of iron ore to make low cost ore available as a feedstock to the domestic steel industry, a move that Eurofer has said amounts to protectionism.

One source of aid to the Iranian steel industry seems to be China, facing rising barriers to its own steel exports the country is investing in production elsewhere. According to Reuters, China is investing in Iran’s steel industry, as well as on the edge of the European Union in Serbia. For the time being, the fortunes of Europe’s steel producers, like those in the U.S., have improved partly due to an improvement in demand but also due to trade cases dissuading imports from countries like China, Ukraine, Brazil and Russia. It seems Iran too is now joining that list of exporters in the European authorities’ sights.