Border Tax? Border Wall? How to Navigate the New Reality of US-Mexico Trade 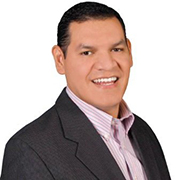 There’s been a lot of talk about President Trump’s “border tax” lately as it relates to reshoring manufacturing to the U.S. and financing “great, great” border walls, and my colleague Jeff Yoders has done a bang-up job covering the gamut of the Trump administration’s proposed policies in general.

On our sister site Spend Matters, we tried to get closer to the bottom of the whole south-of-the-border tax issue, which opened up a can of worms — and devolved into golf analogies.

But what does it all mean for U.S and Mexican manufacturers and their future strategies?

We caught up with German Dominguez, an independent sourcing advisor helping U.S. manufacturers to best-cost-country-source direct materials where it is most advantageous in Latin America, mainly within The Pacific Alliance region (Mexico, Colombia, Peru and Chile) — the largest emerging markets economic bloc in Latin America.

Dominguez introduces original equipment manufacturers and other companies to the best and most reputable suppliers in Latin America to help them reduce costs, improve quality, and gain competitive price advantages without having to deal with all the cultural and geographic complexities. He was formerly a sourcing manager for A.O. Smith Corporation in Juarez, Mexico, among many other experiences.

After a phone interview, it became clear that Dominguez considers political corruption in Mexico to have quashed the country’s progress in creating a stable economic infrastructure or increasing productivity. Secondly, he sees the tetchy NAFTA issue as both a blessing and a curse for not only Mexico, but also various aspects of the U.S.-Mexico relationship.

Ultimately, Mexico is heavily dependent on the U.S. 80% Of Mexico’s exports go to its northern NAFTA neighbor. Over the last 20 years, the U.S auto manufacturing industry alone has invested about $100 billion in the country.

Here are a few questions we put to Dominguez regarding the sourcing and supply chain issues at play.

Taras Berezowsky: For you, what is the biggest story here — is it the effect of any sort of import tax on Mexico-based suppliers or manufacturers? Or something else entirely?

German Dominguez: I think the biggest story here is the tendency to go back to (a sort of) “protectionism” and the unnecessary pressure that this puts on both of our economies as strategic trade partners that has proven to be a win-win for the last two decades.

TB: What is the Mexican manufacturers’ and suppliers’ position on this?

GD: Most of the Mexican manufacturing small-and-medium-sized enterprises are scared of becoming “jobless” overnight due to a sudden change in any import tariffs that will force most of the major OEMs that target the U.S. market to reshore production back to the U.S. and shut down operations in Mexico. The worst-case scenario is that Mexico does not have enough internal consumption nor is exporting to other non-U.S. markets enough to try to entice or retain some of these OEMs — except maybe for The Coca-Cola Company, as Mexico is the world’s largest consumer of Coke. Unfortunately for most of them, hope is their only strategy at this point.

TB: If any sort of border tax goes into effect, how easy would a supplier shift or ‘re-discovery’ be for U.S. OEMs? What challenges are involved? How long would it take?

GD: I think that if a border tax goes into effect, most large OEMs would not struggle much to re-source their supply base (unfortunately for Mexico). As a matter of fact, most of the OEMs already have second sources readily available in the U.S. and/or Canada (redundant manufacturing and copy tools) as part of their risk management strategy, yet they continue to buy a portion of their spend from Mexico due to localization and total cost of ownership strategies. Keep in mind that China is also a source that can very easily and immediately replace any and all Mexico supply bases for large OEMs. Mexico has never been a sole-source supplier to the U.S.

TB: You mentioned Coca-Cola earlier. Any insight on other companies you’ve been talking to or are involved with, and how they’re thinking about this?

GD: Yes, I am personally aware of hundreds of millions of U.S. dollars of foreign direct investment that were scheduled to come into Mexico that have now been cut by as much as 90%, or it’s at least being put on hold until this gets resolved. Of course, there is still FDI coming into Mexico, but the damage is already done. I know of at least one major Mexican steel player that is already considering potentially opening a facility in the U.S. as worst-case scenario planning. Therefore, you can expect to see a very modest forecast for capital expenditures for Mexico due to economic uncertainty in the coming months.

TB: If I’m an American manufacturer who has a lot of supply chain links to Mexico, what are my top priorities right now?

GD: At this point I would not suggest that you do anything based on assumptions. You can certainly have a supply-base risk management and second-source strategy, but don’t pull the trigger just yet.

Also you still have many other Latin American supply-base options such as Colombia, Chile and Brazil, before you even consider going back to China. Last, but not least,, even with a potential border tax Mexico can rise up to the challenge and become a more productive supply base to try to defend and retain some of the business that it may otherwise be at risk of losing. But this is up to us in Mexico to come out of this better off as a more productive market.