We had a chance to sit down and discuss the issues facing members of the Steel Manufacturers Association with SMA President Philip K. Bell at the recent S&P Global Platts Steel Markets North America conference here in Chicago. Bell also currently serves on the  Department of Commerce International Trade Advisory Committee on Steel (ITAC 12), advising the Secretary of Commerce and United States Trade Representative on trade policy, trade agreements, and other trade related matters that benefit U.S. businesses, workers, and the economy. 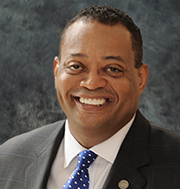 Jeff Yoders: We’ve heard a lot about North American Free Trade Agreement and what changes to it might mean in the last two days. How do your members feel about reopening NAFTA to changes?

Philip K. Bell: NAFTA is over 20 years old and it’s probably time to look at it again. A lot has changed over the last two decades. We hope the approach that the administration takes is one that’s more methodical and takes into account that not only are Canada and Mexico two of our biggest trade partners but, when it comes to the steel industry, they ARE our two largest trade partners.

There is a lot of integration in this area. You have a lot of steel producers that either have businesses in Mexico such as Gerdau, ArcelorMittal and Nucor — through its joint venture JFE — and you have a lot of companies that want to do business there like Steel Dynamics which is hoping to increase its presence in that market by importing flat-rolled into Mexico.

When we look at NAFTA, all sides want to reopen it. Secretary of Commerce Wilbur Ross has already filed the intent to renegotiate the pact and you’ve actually seen the rhetoric tamped down a bit. It went from (President Trump) saying we want to tear it up to now where the administration is saying renegotiate it.

JY: When it comes to NAFTA, one area we have to look at, aside from exports, is foreign-direct investment. Manufacturers such as Austrian steelmaker Voestalpine AG have invested in places such as Corpus Christi, Texas, — a place you’re quite familiar with — because of access to the entire NAFTA market. Where does SMA stand on the FDI question?

PB: We support anything that helps the U.S. economy, but we also have to make sure that FID is being made by privately held companies that have to borrow money at market rates and use free-market principles. There’s another foreign-direct investment down in Corpus Christi by TPCO, a pipe mill. It’s different than the Voestalpine investment because TPCO is state-owned. Here you have a Chinese, state-owned enterprise coming to the U.S. and probably getting more incentives from the state of Texas and Nueces County to build a mill. Yeah they’re providing jobs and everything but that might be another way to dump steel in the U.S. when you really think about.

Benchmark Your Current Steel Price by Grade, Shape and Alloy: See How it Stacks Up

We don’t really have any position on it, either way, but I will say this, any FDI in the most open market in the world should use the same market-based principles, follow the laws that we have and they should be privately held enterprises.

JY: Another issue we’ve heard quite a lot about here is the proposed border-adjustment tax. Is that something your members would oppose?

PB: When you look at a border adjustment tax you have to be very, very careful. SMA does not have an official position on it yet, we’re still evaluating it. There are still a lot of details that need to come out about this plan, quite frankly. You’ve seen some politicians oversimplify it in their public statements about it.

Here are a couple of things to keep in mind: our corporate taxes in the U.S. are high. They are among the highest in the developed world. We need to find a way for those to come down, but the real issue is, once you reduce those corporate tax rates how do you generate the revenue to still fund the various activities of the government? One way may be this border-adjustment tax.

You have to keep in mind that because of integrated supply chains, a lot of goods are coming back into the U.S., from Canada and Mexico, and they have U.S.-made steel in them. Some estimates are as much as 40% of those goods have U.S.-made steel in them, so that could be problematic in and of itself. I think we really need to focus more on corporate tax rates, but in a way that doesn’t negatively impact manufacturers. There are certain things we must make sure do not go away: accelerated depreciation, R&D tax credits for manufacturers, various ways that you can account for your cost of goods sold. Keep in mind that Congress has a history of having a tough time dealing with complicated things. When it comes to tax reform, one of the more complicated issues they will tackle this year, we just have to be careful. There is strong opposition to this and this will be an uphill battle.

I will add, too,  that the border-adjustment tax is similar to a value-added tax. For the countries that have VATs, they apply across the board to individuals, corporations, everyone. What this plan, in its current form, is saying is that the BAT would apply only to corporate interests. We need to look at how will that impact the cost of good to individuals? How will that impact S-corps? A lot of downstream operations are smaller and they’re not Fortune 500 companies and it could affect them.