Think of Indian automotive manufacturing and you may think of a Japanese auto parts hub for the southeast Asia region, like Thailand only less successful. Or, you may think of failed projects like the home grown Tata Nano, but one sector that has been a rip roaring success story is motorcycles.

According to the Financial Times, more than 16 million motorcycles and scooters were sold in India during the 2016 financial year, far more than in any other country and nearly six times the number of passenger cars sold. For many people, the motorcycle is their first and often only form of motorized transportation.

It’s a motorcycle or nothing. A car is still too much of a financial stretch for millions. So, a strong home market is to be expected but it is the growth of domestic brands and manufacturers that is the most encouraging. Those same manufacturers have been far more successful than their automotive peers in export markets. Indian motorcycle exports in that same 2016 period reached 2.5 million, up from 1.5 million five years before.

Venu Srinivasan, chairman of TVS, a particularly innovative and successful Chennai-based manufacturer, is quoted by the FT as saying “We’re hoping that within the next three years, exports should be 35 to 40% of our sales,” up from 20% today. 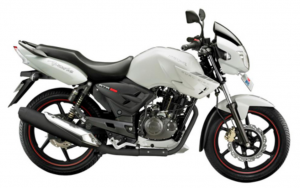 Siddartha Lal — chairman of Eicher Motors, owner of motorbike producer Royal Enfield — has overseen the opening of showrooms in London, Paris and Madrid, hoping to capitalize on the retro appeal of the world’s oldest surviving motorcycle brand. The first Royal Enfield motorcycle was made in the U.K. in 1901, and while production in the U.K. ceased in 1970, it thankfully continued at the company’s Indian joint venture. 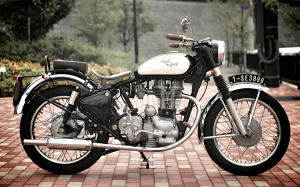 Royal Enfield’s international ambitions have been fueled by surging sales at home of its relatively expensive (by Indian standards) bikes. The popular Classic 350 retails for about $2,000 (Rs130,000), compared with the even-less-expensive Hero Motocorp Splendor, the Indian market leader. Royal Enfield sold 60,113 motorcycles last month, compared with fewer than 52,000 in the whole of 2009. As the technology used in Royal Enfields improves, particularly the reliability of the electric motorcycles, the iconic brand is appealing to retro buyers in mature markets looking for something different, as much as poorer buyers looking for a rugged if simple motorcycle.

But the TVS range is appealing to an altogether different buyer. Price is key, but in order to compete with its more sophisticated Japanese competitors, such as Honda Motor Co. and Yamaha, in its home market TVS has invested heavily in product development, outsourcing design to the U.K. and made extensive use of robots on the production line. Even BMW has outsourced production to TVS for motorcycles to be sold under the BMW brand in Europe. That’s confirmation, if any was required, that motorcycles are becoming one of an increasing number of industries in which India is making its mark as a global, not just domestic, player.