How Are Major Aluminum Producers Outside China Performing? 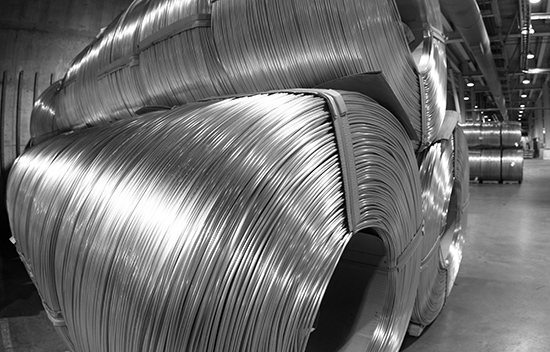 So much has been written in recent months about China and the Chinese aluminum market that we are in danger of losing sight of the performance of major producers outside of that market.

The position of producers like Alcoa and Rusal arguably have more impact and more significance for Western consumers than those behind the tariff barrier walls of China’s borders. The Financial Times reported last week that Rusal (still the world’s second largest producer, according to Statista) is in robust health and has reported rising profits on the back of stronger first quarter prices.

According to the FT, net profit for the first three months of the year was $187 million, up 48% from $126 million in the same period last year, on the back of 20% rise in revenue to $2.3 billion. While not quite reaching analysts’ predictions, it allowed the firm to reduce debt levels and encouragingly was achieved on the back of only a modest 0.7% increase in production to 910,000 metric tons. Likewise, alumina production was up a correspondingly small 0.9% to 1.889 million tons.

Costs, however, have remained a bugbear with electricity prices, transportation – principally railways, and other raw material costs rising in Q1, in part due to rising commodity prices but also due to a 6.7% strengthening of the ruble.

Nevertheless, demand growth remains robust, and supply outside China remains relatively tight with the forward market spreads not favouring the roll-over of stock and trade storage of primary metal with only a 3.5% margin over 18 months.

Much will depend on China going forward and how seriously Beijing continues to pursue its policy of clamping down on environmental non-compliance and limiting new smelter investment. Aluminum demand in China grew at 7.5% in the first quarter, according to Aluminium Insider, and it is growing at 5.0% in the rest of the world.

Prices may have slipped back of late but that was probably to be expected after the surge of enthusiasm following Beijing’s clampdown. As the realisation sinks in that China’s winter heating period closures are still six months away, some softening is to be expected.