The Changing Face of Nuclear Power 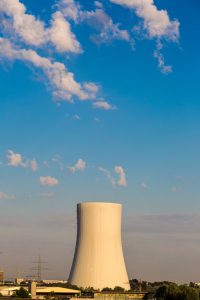 We feel like we have been here many times before.

The troubled history of Britain’s replacement nuclear power station Hinckley Point C (HPC) will have received scant, if any, coverage in the U.S.

But the story is an illustration of the blind alley in which nuclear power finds itself. The debate is one that is being (or will be) enacted in many other countries that rely on nuclear power as part of their energy mix.

Eight years behind schedule, HPC should have come on stream by the end of this year, but is not now likely before 2025 at the earliest (and probably later even than that distant date).

In the meantime, repeated delays have added to the costs.

Now estimated at £19.6 billion ($26 billion), it would be one of the most expensive structures ever built in the U.K. Last year, the British government pushed the financial risk onto French power generator and owner-to-be of the plant EDF Energy as part of a deal that has already settled on an eyewatering £92.50/MWhr fee for power produced, index linked for 35 years, the Financial Times reported.

Since that part of the agreement was made in 2013, inflation has pushed that figure to over £100/MWhr, the Financial Times reported, compared to offshore wind at £60/MWhr and unsubsidized new natural gas generation at even less.

Never mind the rights and wrongs on how an inept series of U.K. government politicians and civil servants got lobbied into agreeing to such a position. The fact remains no one, probably not even EDF themselves — and certainly not their shareholders — really wants the project to go ahead.

Part of the rationale for HPC was that in an age of growing but variable renewable power sources, such as wind and solar, the country needed a reliable, always on, low carbon base load power supply.

Nuclear isn’t zero-emission and estimates of the energy needed to build the massive plants suggest the carbon footprint of the site is substantial before a single KW is produced. However, such numbers are not counted in the estimates so much like the massive hidden CO2 footprint of biomass – deforestation, pelletizing and transportation costs – they can be ignored or conveniently overlooked when lauding environmental achievements.

Lower carbon power sources are emerging and finally governments, in the U.K. and elsewhere, are giving them some semblance of recognition.

A New Kind of Nuclear

Rolls Royce has made reliable mini-reactors for submarines for decades and China has a model called the Nimble Dragon, designed by the China National Nuclear Corporation (CNNC), that a recent Reuters report suggested could be produced commercially now and gain licensing within a couple of years. The small modular reactor (SMR) is initially seen by developers as a solution for more remote sites, where its cost is more competitive than extending power grids.

But as factory line manufacturing becomes more automated and unit volumes rise, costs per MWhr will fall. SMRs typically have a capacity of less than 300 megawatts (MW) — enough to power around 200,000 homes — compared to at least 1 gigawatt (GW) for standard reactors and the 3.2 GW planned capacity of HPC.

Supporters suggest multiple SMRs could be sited together at pre-existing nuclear sites as old facilities reach the end of their life. This makes use of existing distribution infrastructure, a local skilled workforce and a receptive local community.

Rolls Royce and China’s CNNC are far from alone.

In the U.S., Westinghouse and Babcock & Wilcox have been developing their own SMRs, along with smaller start-ups, like the Bill Gates-backed Terrapower, Reuters reports. Surely, the U.K. government should have had the courage to hold off from signing off HPC to put support into new technologies like SMRs, even if in the interim it meant supporting a natural-gas-powered plant like Drax’s planned expansion — which we reported on earlier this week — coming in at a fraction of HPC’s cost.

Many feel a combination of huge cost and public fears, justified or otherwise, post-Fukushima are sounding the death knell for major nuclear reactor plants, even in places previously enthusiastic about nuclear energy, like China.

That doesn’t mean the power source itself is dead. Nuclear could well have a more flexible future as multiple simpler, cheaper and distributed SMRs play a vital role balancing renewables’ contribution to the energy mix.