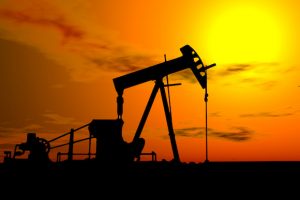 The oil market is in a state of high excitement.

In the space of just a week or so, analysts have gone from being pretty sanguine about the possibility of price rises — giving muted credit to OPEC and its partners in stemming the flow of excess production and stabilizing the market – to talking about Brent crude hitting $75 a barrel before the end of the year.

True, that suggestion by Bank America Merrill Lynch was a bit of an outlier, but several are talking of $70 being possible, according to the Financial Times.

So, what’s stirred the oil market?

As is often the case, it is no one development boosting prices. Instead, it’s a change of momentum created by a number of factors following one another.

Last week, the market was getting seriously upbeat about the prospect of OPEC’s restraint deal with Russia being extended at the next meeting later this month until the end of next year. The program is beginning to bear fruit, as global inventories are finally responding to the roughly 2% cut (or 1.8 million barrels per day) reduction that has been building from the beginning of this year. On the back of this, hedge funds had raised outright bets on higher Brent crude prices to a record level, according to the Financial Times, holding contracts equivalent to almost 600 million barrels.

What About Saudi Arabia?

More surprising, though, was the weekend coup in Riyadh, in which the young crown prince Mohammed bin Salman launched a purge of his fellow ruling family, ostensibly on the excuse of fighting corruption (but no one really believes that). The objective appears to be to secure power for himself and his program of modernization.

Following the arrest of dozens of princes, the oil price jumped overnight, adding to gains which see it 40% higher than in June this year. The palace coup launched over the weekend has seen the crown prince consolidate power in the three most influential ministries, which had previously been controlled by the same person or family for decades. The ministry of defense, the interior ministry and the National Guard are now all under Mohammed bin Salman’s direct control, consolidating his total grip on power (despite his father technically being the head of state as king). Princes have been placed under house arrest or held in the Riyadh Ritz Carlton and private jets have been grounded to prevent anyone slipping out the country.

The move comes on top of a series of failing foreign policy initiatives.

The kingdom’s ruinous two-plus-year war in Yemen is bogged down with appalling loss of civilian life and no sign of a solution. As if to reinforce the sense of stalemate, Houthi rebels struck back by launching a ballistic missile attack on Riyadh on Saturday night. The missile was shot down, but the episode symbolically underlines Saudi Arabia’s inability to achieve a successful outcome or to effectively counter the growing influence of arch-rival Iran in the region.

This, combined with Iraq’s move on the oil-producing northern Kurdish province of the country (raising fears oil production could be disrupted if an embargo is attempted by Iraq and Turkey), has added impetus to prices. So swift has been the turnaround in oil price prospects that Russia is said to be trying to cool expectations, in fear that too fast a rise will see U.S. shale investors hedging sales at levels over $70 a barrel and using that to fund an expansion in production.

For now, price rises are in the spot market, with forward-dated prices languishing around $55 a barrel — not sufficiently attractive to be a game changer for shale. But if forward dated prices do begin to respond that could change.

For now though higher spot crude and gasoline prices look likely for the balance of this year and into next.