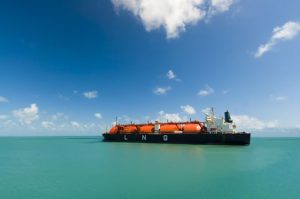 Its green credentials are not whiter than white, but relative to coal, modern combined cycle gas turbine power plants (CCGT) are highly efficient, emit low levels of pollution and crucially can be turned on and off quickly to provide intermittent or peak power demands, in addition to balancing more variable sources (such as renewables).

After Fukushima, many major economies have moved away from nuclear.

In addition to Japan’s near complete shutdown of its nuclear generating capacity, Germany followed suit. Even France, long a champion of nuclear power, has said less of its generating capacity will be met by nuclear in the future.

The expectation was that natural gas would be the natural successor to nuclear power, as countries took an increasingly responsible view to reducing carbon emissions. But despite a surge of investment in natural gas liquefaction facilities and the construction of new liquefied natural gas (LNG) carriers, the growth in LNG consumption has been much lower than expected.

In fact, some markets are going backwards, the FT reports.

Natural gas demand in Europe is 12% lower than it was 10 years ago. Chinese and Indian demand continues to grow, but the dramatic gains by solar power and wind, where costs have fallen 85% since 2009, have severely limited the prospects for natural gas as a power source.

Indeed, India’s entrenched coal industry and coal-based electricity generating capacity means its future is likely to be predominantly solar and coal — not natural gas at all.

As new supply-side capacity comes onstream, the market for natural gas has shifted from long-term contracts signed prior to new LNG facilities even being started to a competitive spot market; yet even here, prices are not low enough to spur a significant switch from renewables investment to gas.

Only in the U.S., where shale gas prices are low, has natural gas consumption risen significantly. However, even that is more geared toward chemicals feedstock and to supply exports rather than to meet rising demand due to power generation.

The future, at least over the next few years, is not any rosier for gas producers.

U.S. production is rising, Russia is opening up new resources in the north and is looking to export more, projects in Australia have created a major competitor to Qatar and Middle Eastern suppliers. Meanwhile, the world’s second-largest reserves in Iran are waiting for investment to bring them to market. The Financial Times suggests new finds in the eastern Mediterranean by Israel, Egypt, and off East Africa may never see sufficient investment to develop liquefaction and export, and are destined only for local consumption.

This is not exactly music to the ears of aluminum producers for whom LNG liquefaction and regasification plants and the construction of LNG carriers has been a particularly profitable niche industry over the last decade. LNG gas codes call for controlled chemistry and manufacture that has created a higher value add industry for more sophisticated and capable producers.