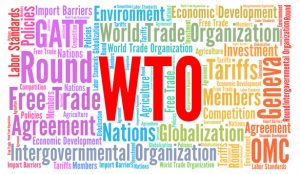 Last week, China issued a global call to for countries to support the World Trade Organization (WTO) and the principles of global trade in the face of a perceived pullback from the U.S.

This week, China is risking another trade dispute by cutting export taxes on some steel products and fertilizers while completely canceling those for sales abroad of steel wire, rod and bars from Jan. 1, according to a Ministry of Finance announcement on Friday reported by Reuters. With the move, it appears, comes the expressed intention of boosting exports into markets already perceived as oversupplied.

Just last month, the G20 convened a meeting in Berlin which included discussion of how to tackle excess global steel capacity over widespread fears China is using export markets to sell excess capacity.

That is a position China denies and points to the enforced closure this year of 100 million tons of legal and 120 million tons of illegal steel production. In reality, though, although the closure of illegal capacity — much of it scrap-based electric arc furnace (EAF) plants — the “closure” of legal capacity has been a mixed bag. Much of it was the permanent shuttering of already idled, older steel capacity.

China is not alone in having excess steel capacity — it arguably is not even in the forefront of global low-cost suppliers.

Producers like Russia, Ukraine and Korea feature more highly on U.S. and European import stats than China this year. By many measures, however, China still carries half the world’s excess capacity and current strong domestic demand notwithstanding, that capacity often finds outlet in export markets.

Steel long products stand the most to benefit from the announced changes, with tariffs being reduced to zero, according to Reuters, while stainless steel plate export tariffs will fall to 5% from 10%, and billet tariffs will be 10% (down from 15% currently).

China exported 64.5 million tons of steel products in the first 10 months of the year, down 30% from a year earlier, as strong domestic soaked up a more constrained supply position. Any increase in steel exports as a result of lower tariffs may be muted in the first quarter as the winter heating season enforced closures in the four provinces adjacent to the cities of Beijing and Tianjin (which is due to run until the middle of March) further reduces production by a net 14 million tons, according to a Reuters report last month.

These reductions, on top of structural curtailments in 2017, are expected to keep the Chinese market tight in the first half of 2018. So, quite why the Ministry of Finance is cutting export taxes at this stage is not clear. One argument is that it is better to cut them when you do not anticipate a flood of resulting exports because it will stimulate less objections; by the time exports do begin to pick up later next year, Beijing can then blame other factors for the rise.

China has claimed that it is being asked to take all the pain in cutting excess capacity and is the scapegoat for global ire over low steel prices. It is true China achieved a phenomenal reduction this year and should be applauded for the cuts it has made — but two issues bear mentioning.

The first is Western steel producers have been making more gradual, but no less painful, adjustments in capacity for the last 20 years. Second, as holders of half the world’s excess capacity, China has a responsibility to address a situation of which it is largely the architect.

Complaints aside, though, it is to be hoped a more balanced domestic steel market in 2018 will see exports remain on a downward trend and China’s remaining producers enjoy the financial reward of better capacity utilization and higher domestic prices.