This Morning in Metals: South Korea Gets Steel Tariff Exemption 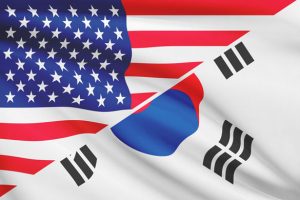 This morning in metals news, the U.S. and South Korea reach a revised trade agreement, the E.U. started a study on possible steel import limits and copper slides to a 3 1/2-month low.

The U.S. and South Korea reached an agreement on steel tariffs, with the U.S. exempting South Korea from the tariff but also imposing a quota, according to reports.

According to Reuters, the E.U. began a study Monday looking into whether the U.S. steel import tariffs will lead to a flood of steel into Europe from Asian producers.

Copper dropped to its lowest price since Dec. 8, falling to $6,532/ton, according to Reuters.

Rising stockpiles and increasing U.S.-China trade tensions — amid President Trump’s announcement last Thursday, which could pave the way for $60 billion in tariffs on Chinese products — led to the depression of the copper price, according to the report.