Is the Dollar’s Run Nearing an End? 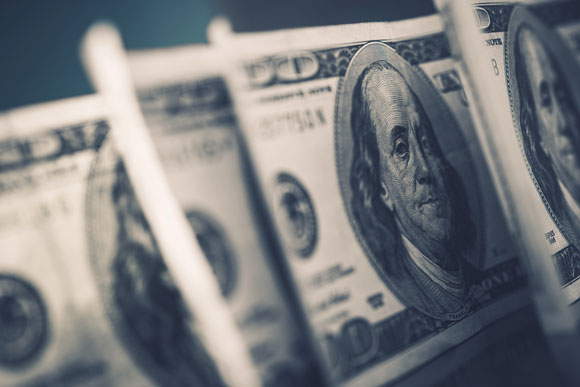 The dollar has been on a tear this year, boosted by a large corporate tax cut, a hawkish Fed and the imposition of import tariffs, the Financial Times suggests.

These policy interventions were specifically designed to help Republicans in November’s midterm election, but they are unlikely to have a lasting positive effect.

Election-motivated fiscal giveaways typically increase macroeconomic instability, while tariffs reduce rather than enhance productivity. Neither will sustain the 2018 dollar recovery in the medium term, the news source believes, nor will the effects of quantitative easing (QE) continue to support mature markets (now that the policies are being withdrawn on both sides of the Atlantic).

According to the Financial Times, since late 2010 the dollar has rallied 35% in broad terms and 50% against emerging-market currencies, while the total return to U.S. stocks is 430% and German bonds have made more than 80%.

These gains have come as both a direct and indirect result of massive QE in the U.S. and Europe, funds have flowed out of emerging markets into those that are direct beneficiaries of QE. As QE is reversed, so too will the flow of funds; QE-supported markets will suffer and, relatively speaking, emerging markets will again become more attractive, the Financial Times believes.

The issue for commodities is what impact this will have on the dollar.

Dollar strength has been one factor depressing commodity prices this year. If the dollar were to weaken relative to a wider basket of currencies, this could have an inflationary effect on prices.

How quickly dollar strength ebbs remains to be seen.

The most recent hike in Fed funds was deemed by many to be a step too far — or at least too fast. At least, the White House that would have preferred a more cautious Fed approach.

The Fed’s position is that we could see two more rate hikes in 2019, a move that would support dollar strength (providing GDP growth remained positive), but recent assessments this week suggest there may be no further rate hikes next year, paving the way for a weaker dollar sooner rather than later in 2019.

Of course, dollar strength is only one of several dynamics impacting the price of commodities, but it remains a consistently strong correlator over time. Other factors include GDP and stock market growth in emerging markets, to the extent that an end to QE boosts investment interest in emerging markets that too could be supportive of commodity prices.

For now, prices appear under pressure, but what 2019 holds for us — once the current sell-off runs its course — remains the be seen.