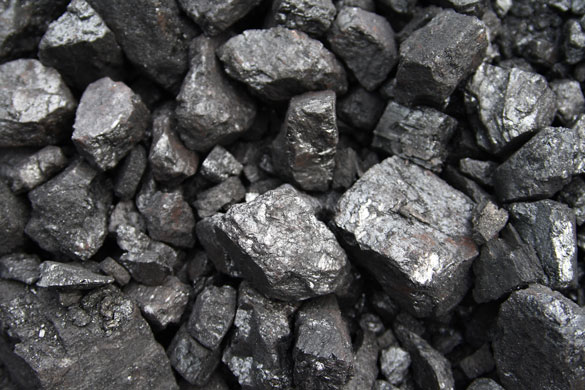 Few would have predicted this five years ago, but India is facing a real dilemma.

It is exacerbated by the country’s predilection for subsidies and set against the backdrop of a chronic power generation landscape.

As any regular traveler to India will know, while power outages are not as common as they once were, they remain an almost daily occurrence in many areas. According to the FT, quoting figures from the New Delhi-based Energy and Resources Institute, per-capita electricity consumption by the country’s 1.3 billion people is just 38% of the global average, while tens of millions of households still lack grid connections — so demand growth is high and set to continue for decades to come.

Not surprisingly, the government has made the push for reliable, universally available electricity a long-running key policy priority; a policy based largely on coal-fired coal plants that was roundly condemned by both environmental organizations and many Western governments.

Coal is the only fossil fuel India has in abundance, with extensive deposits situated in the northeast of the country, although power plants in the west and south often import coal from Indonesia rather than haul product across the country on a rickety rail network. Oil and gas have never been favored because they are largely imported. 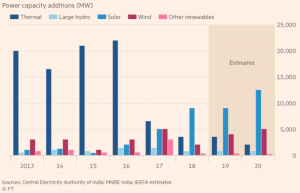 Over the past couple years (and estimated into the future), India’s thermal power capacity additions have given way to solar and wind. Source: FT.

Part of the problem for coal-fired plants has always been competitively priced coal supplies; even though the country has abundant supplies, it suffers from an appalling logistics infrastructure. Today, only plants sited very near to the deposits in northeastern India remain viable. Most of the rest are in trouble, with Credit Suisse estimating half of them as being ‘stressed’ – i.e. interest payment exceeding profits – putting some $35 billion of investments at risk, the FT reports. 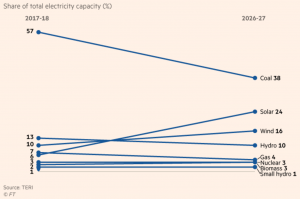 The second — and, in many ways, more profound — dynamic at work is the collapse of renewable energy power prices.

According to the FT, Japan’s SoftBank, as part of a consortium in 2017 agreed to sell power from a northern Indian solar park for Rs2.44 per unit, well below the cost of coal power, which typically costs well over Rs3. Last year, state-run NTPC — by far the biggest thermal power producer in India — has canceled several plans for large coal projects, including one for a giant 4GW plant in southern Andhra Pradesh state, while Adani Power invested more than $600 million in a solar plant in sunny southern Tamil Nadu. Coal is no longer seen as economically viable in India — not from an environmental point of view, but purely based on the cost of production.

Not surprisingly, in recent meetings, state thermal power station equipment manufacturers were bemoaning (off the record) the dire state of the market, with little on offer except repair and maintenance.

After he was elected in 2014, Prime Minister Narendra Modi and his government set an ambitious target of increasing India’s renewable energy capacity by 2022 to 175GW, equivalent to 40% of the country’s total power capacity. This was a target seen as more for external consumption than a genuine strategy; but last year, despite the backlog of coal-fired plants still in the works, more solar power capacity was brought on stream than coal, suggesting the 40% target may yet be achieved, particularly if better storage solutions can be achieved to smooth out the variability of renewable power supply.

Until then, coal plants are still needed to provide base-load and increasingly intermittent power, a role they are not as well suited to as gas, but in the absence of anything else may be of such need that those subsidies keep rolling in.