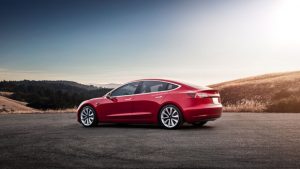 Competition in the nascent electric vehicle (EV) market continues to grow, but a limiting factor in sales is perhaps the most obvious: cost.

Similarly, Tesla, perhaps the most identifiable EV brand (despite traditional, big-name automakers throwing their hats into the EV ring), appears poised to make a move toward bringing costs down for its vehicles.

“Looking ahead at our mission of accelerating the advent of sustainable transport and energy, which is important for all life on Earth, we face an extremely difficult challenge: making our cars, batteries and solar products cost-competitive with fossil fuels. While we have made great progress, our products are still too expensive for most people,” Tesla CEO Elon Musk wrote in a letter to staff published on the company’s website.

“Tesla has only been producing cars for about a decade and we’re up against massive, entrenched competitors. The net effect is that Tesla must work much harder than other manufacturers to survive while building affordable, sustainable products.”

In that vein, Musk announced a slashing of the company’s workforce.

“Attempting to build affordable clean energy products at scale necessarily requires extreme effort and relentless creativity, but succeeding in our mission is essential to ensure that the future is good, so we must do everything we can to advance the cause,” Musk wrote.

Currently, Tesla’s cheapest Model 3 comes with a price tag $44,000, a cost that is prohibitive for a sizable percentage of automotive consumers.

Among factors necessitating a push for more affordable EV models is the phasing out of the federal tax credit for EVs, which is between $2,500 to $7,500 but beings to be phased out over an 18-month period once a manufacturer reaches 200,000 in U.S. sales (the maximum credit is then cut in half, down to $3,750, and in half again before ultimately being eliminated).

“GM increased production of the Chevrolet Bolt EV during the fourth quarter to meet strong global demand, including higher than expected demand in South Korea and Canada, and to begin rebuilding U.S. dealer inventories,” the automaker said earlier this month.

Tesla’s tax credit has already been halved, and will fall to $1,875 by July 1 before disappearing by the end of the year.

Late last year, on the heels of GM’s announcement of plant closures and a 15% workforce reduction, President Donald Trump threatened to eliminate the federal EV tax credit for GM (which, as noted, it was set to begin losing anyway).

In November, Larry Kudlow, director of the National Economic Council, was quoted by Bloomberg as saying: “We are going to be looking at certain subsidies regarding electric cars and others and whether they should apply or not. Can’t say anything final about that, but we’re looking into it.”

In December, U.S. Rep. Jason Smith (R-Missouri) introduced a bill, called the Fairness for Every Driver Act, to “terminate the credit for new qualified plug-in electric drive motor vehicles and to provide for a Federal Highway user fee on alternative fuel vehicles.” The bill, introduced Dec. 12, 2018, was referred to the House Committee on Ways and Means.

PREVIOUS POST:
BHP Announces Production Figures for Second Half of 2018
NEXT POST:
This Morning in Metals: 2019 Could be a Record Year for Antofagasta