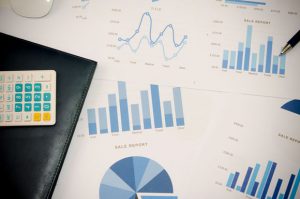 Let’s take a quick look at the earnings pictures for each.

“We are pleased with both the strong earnings we reported in 2018 and the important progress we made on our strategic objectives,” U. S. Steel President and CEO David B. Burritt said. “We are encouraged by the effectiveness of the investments we are making and remain focused on improving our operating and commercial performance to drive long-term value creation for our stockholders.”

As for the first quarter of 2019, U.S. Steel expects its earnings before interest, taxation, depreciation and amortization (EBITDA) for its flat-rolled segment to be higher than in 1Q 2018 “primarily due to higher average realized selling prices, partially offset by higher raw materials costs.” It also expects its EBITDA for its tubular segment to come in higher year over year.

However, it expects its U.S. Steel Europe segment to come in lower “primarily due to lower volumes, higher raw materials costs, and an unfavorable change in the U.S. dollar/Euro exchange rate.”

A ‘Record’ Year for Nucor

“The best way to sum up 2018 is this – it was a record year for Nucor. We posted record earnings per share and record revenue, and we shipped a record amount of steel,” Nucor Chairman, CEO and President John Ferriola said.

A ‘Challenging’ Year for Tesla

Tesla CEO Elon Musk, during the company’s Wednesday earnings call, said 2018 was simultaneously the electric vehicle (EV) maker’s most challenging and most successful year to date.

The automaker posted a profit in Q4 2018 for the second quarter in a row, the first such run in the company’s history. Musk added he was “optimistic” — although qualifying it, saying “not by a lot” — about being profitable in Q1 2019.

However, in Q1 the company’s deliveries will come in below production as it expands.

“While the number of Model 3 vehicles produced should increase sequentially in Q1, deliveries in North America during Q1 will be lower than the prior quarter as we start delivering cars in Europe and China for the first time,” the earnings report stated. “As a result of the start of Model 3 expansion into Europe and China, deliveries will be lower than production by about 10,000 units due to vehicle transit times to these markets.”

In addition, as noted last week, the company will have to grapple with a declining federal tax credit (as Tesla eclipsed the 200,000 mark in U.S. sales last summer).

The maximum federal tax credit of $7,500 is reduced by half in the quarter after a maker of EVs reaches 200,000 in U.S. sales, and is then halved one more time before ultimately going away entirely.

Earlier this month, the company announced it would slash its workforce by 7% as it pushes to roll out more affordable electric vehicles in an increasingly competitive market.

PREVIOUS POST:
India Moves Past Japan into No. 2 Spot of Global Steel Producers
NEXT POST:
This Morning in Metals: Copper Hits Seven-Week High