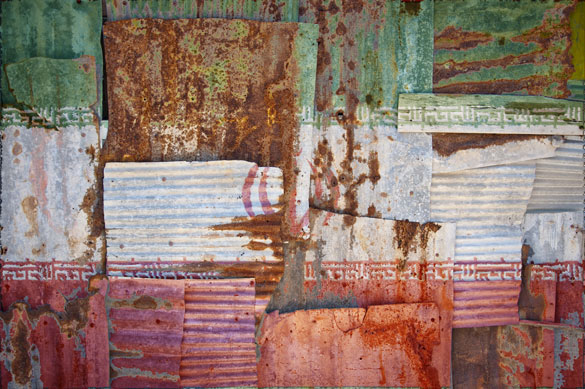 As if cheap steel imports from the Association of Southeast Asian Nations (ASEAN) was not enough of a problem to handle, India’s steelmakers are now fretting over heavily discounted steel imports coming in from Iran, a country that is under economic sanctions imposed by the United States.

The first consignments from Iran’s Bandar Imam Khomeini port via was expected to land in Indian ports soon.

The U.S. sanctions dissuade allies from having a direct trading relationship with Iran. So, to avoid import restrictions, the paperwork of these imports is done through a third country.

According to some media reports, since December 2018 imports of flat steel were being routed through the U.A.E. — otherwise a net importer — which has seen a hike of almost five times to 65,000 tons.

The Indian steelmakers’ allegation was that the spike in steel imports — for which the country of origin is usually listed as U.A.E. — is the result of steel that was actually manufactured in Iran.

The ISA has said there was a five-fold increase in steel shipments to India that could be traced back to Iran. The ISA is now worried that if India continues to accept Iranian steel, it could face some retaliatory action from the U.S. for sanction violations.

Iran’s steel exports have fallen significantly since sanctions were imposed last year. Surprisingly, however, Iran’s output is up 8% in the 11 months to February 2019.

As noted by the Economic Times, the members of ISA — which include Tata Steel, JSW, and Jindal Steel and Power Ltd. — have said Iran’s surplus capacity had reached 36%, or 12.2 million tons (MT), though per capita consumption was down by 14%. About 30% of Iran’s steel is exported to ASEAN nations, according to the report.

The ISA has said that imports from U.A.E. had increased 390%, calling the increase “alarming.”

Iranian steelmakers, most of which are state-owned, produced 42.3 MT of finished and semi-finished steel products during the 11 months to Feb. 19, according to the Mehr News Agency, marking a 10.94% increase compared with the previous year’s corresponding period.

PREVIOUS POST:
E.U., U.K. are Facing the Prospect of a No-Deal Brexit
NEXT POST:
This Morning in Metals: Shanghai Copper Price Plunges