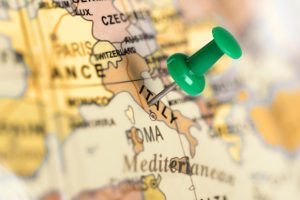 This morning in metals news, steelmaker ArcelorMittal has concerns over a new law Italy is set to approve later this month, Vietnam plans to impose anti-dumping duties on coated steel from China and South Korea, and a work stoppage continues at Codelco’s Chuquicamata copper mine in Chile.

Steelmaker ArcelorMittal and its Italian subsidiary, ArcelorMittal Italia (AMI), have expressed concerns to the Italian government regarding its new Crescita law decree, which it is scheduled to be ratified later this month.

“If ratified as currently drafted, the provision concerning the Taranto plant would impair any operator’s ability to operate the plant while implementing the environmental plan approved by the Italian Government in September 2017, including for ArcelorMittal,” the steelmaker argued in a release. “The Taranto plant has been under seizure since 2012 and cannot be operated without legal protection until the environmental plan is implemented.”

“However, the Crescita law decree removes the legal safeguards existing when ArcelorMittal agreed to invest in the Taranto plant,” the firm said. “These safeguards are necessary until the company has completed the environmental plan to avoid incurring liability for issues that it did not create.”

With the law set to be ratified by June 29, the steelmaker said amendments can be made.

“AMI remains hopeful that, as part of the amendment process, legal certainty will be restored in the interest of the Italian economy and of the stakeholders of ArcelorMittal Italia, enabling AMI to continue operate of the plant while completing the environmental requalification plan,” the firm said.

According to the report, the duties are set to take effect June 25 and extend for about four months.

The No. 1 copper producer in the world, Chile’s Codelco, is facing a work stoppage at its Chuquicamata mine, Bloomberg reported.

The stoppage hit its seventh day Thursday, according to the report, after labor unions called the latest Codelco offer “irresponsible.”

PREVIOUS POST:
Will the ‘Fruit and Nut Tax’ Adversely Impact Indo-U.S. Relations?
NEXT POST:
Gold is Benefiting from the Federal Reserve’s Jitters